One of the conditions of the Planning Board's approval is that cars can no longer be parked on grass. The dealership showroom would expand toward Route 70, where the cars are parked on the grass today, according to the site plan. 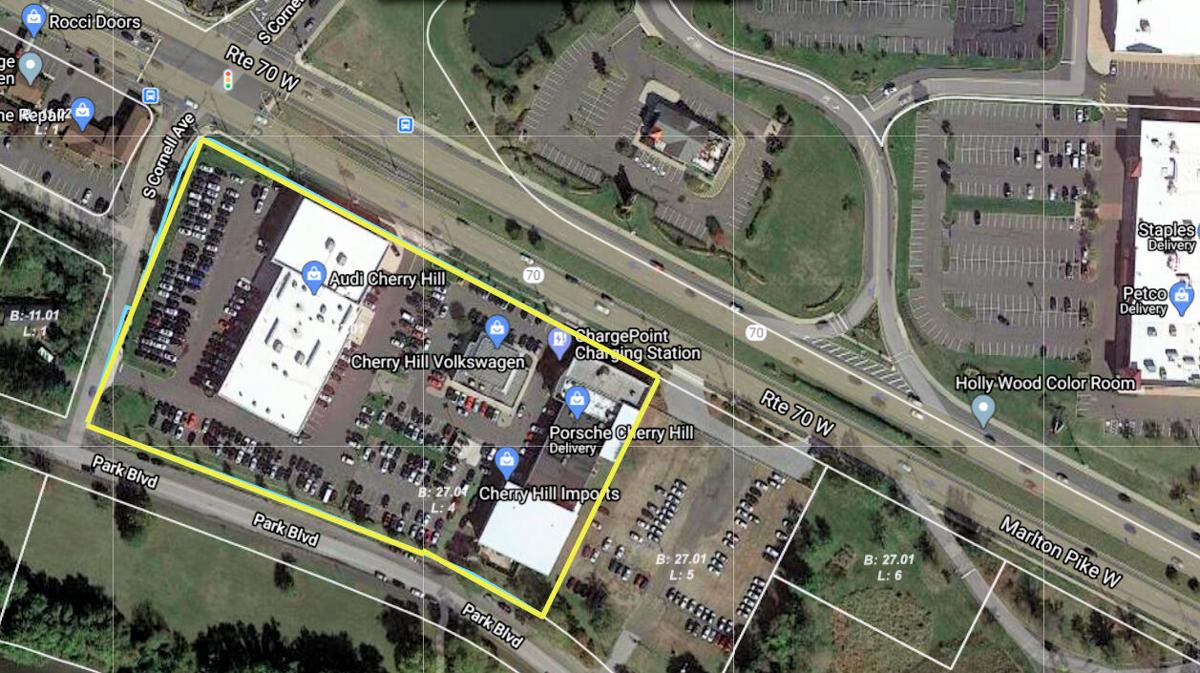 The owner of Porsche of Cherry Hill was given permission by the Planning Board on Monday night to expand its showroom and other operations on Route 70.

The expansion represents "very limited changes" to the building, Damien Del Duca, of the Del Duca Lewis Law Firm in Haddonfield, told board members on behalf of the applicant, M.B.J. Associates LLC, which is part of Cherry Hill Imports. The family-owned company, in business since 1978, owns six dealerships in Cherry Hill.

"This is being driven primarily by the manufacturer (Porsche)," Del Duca explained. "Car manufacturers drive the bus."

Amanda DiMattia, CEO of Cherry Hill Imports, told the board that Porsche has specific plans for dealers that sell and service its cars. Among other improvements, the expansion will allow the company to show more cars inside the showroom than it does now, DiMattia said.

DiMattia is the daughter of company founder Michael L. Hartung, who died last October. "He created this legacy and it is a massive, amazing legacy," said DiMattia, who added that, without permission for the expansion, the dealership might have to move from its current location. Besides Porsche, Cherry Hill Imports operates the dealerships for Audi, Volkswagen, Mercedes-Benz, Land Rover and Jaguar.

The board voted unanimously to approve the expansion and variances.

Del Duca told the board that there are no "immediately adjacent" residential neighbors, so the plan will have little or no impact on homeowners. The dealership property also houses the company's Volkswagen and Audi showrooms and is next to the site of the former Subaru headquarters.

M.B.J. Associates last year proposed expanding parking lots for its Land Rover and Jaguar dealerships on Haddonfield Road, near Route 70. Neighbors in the Locustwood community spoke against the plans, which included demolishing two homes behind the dealership. M.B.J. received Zoning Board of Approval permission to raze  the former South Jersey Women's Center at Haddonfield Road and Sherwood Avenue, next to the dealership, for new car inventory parking. However, it was not permitted to use the site of the two homes for parking.

On Monday night, only one resident testified about M.B.J.'s Porsche application. Laura Anne Einhorn of Edgemoor Road noted that many of the employees of Cherry Hill Imports park on Park Boulevard behind the dealerships. She said she believed the number of cars parked there was a hazard and that increased on-site employee parking should have been factored into the expansion plan.

Jason T. Sciullo — with Sciullo Engineering Services LLC of Atlantic City — represented the applicant at the meeting and told Einhorn that no more parking can be accommodated on the site. The plan does not decrease or increase parking spaces.

The plan, according to a review letter from the Township Department of Community Development, would:

In addition, an entrance and exit next to the dealership on Route 70 would be rebuilt into only an entrance, according to the applicant.