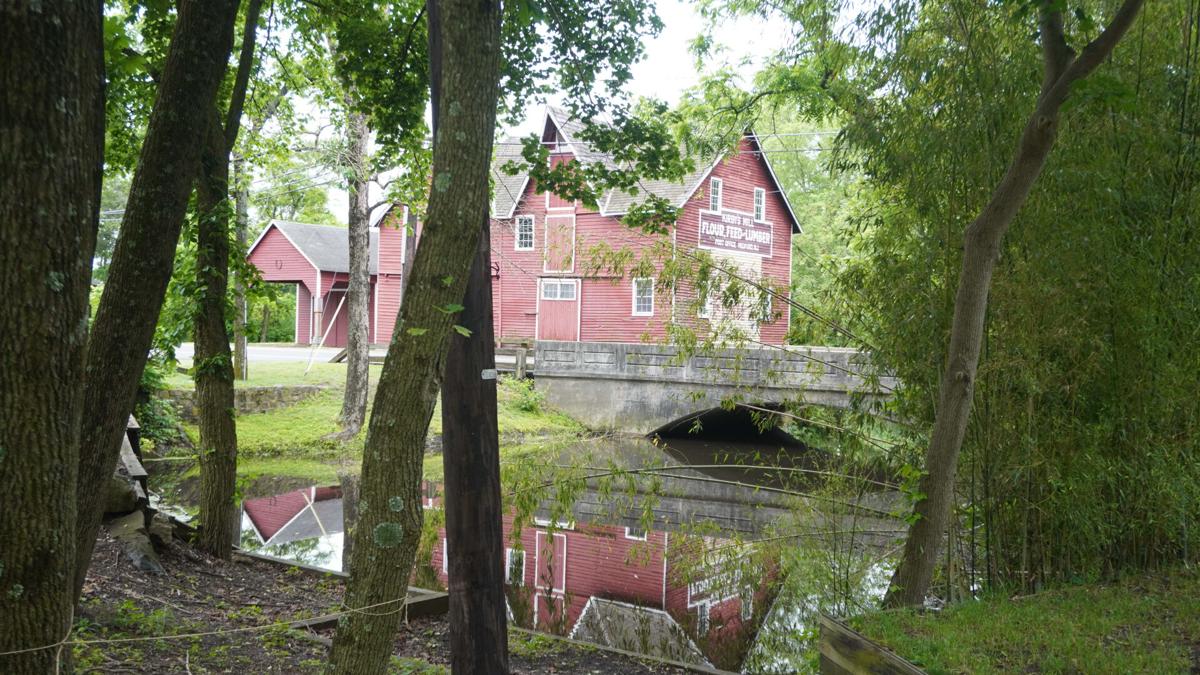 Tom and Mary Ann Rende, who live on Church Road near Kirby's Mill, pointed out to the Medford Planning Board that the Mill sits inside the Township's official seal, symbolizing the community. Tom Rende said the mill and other buildings near the Church and Fostertown roads intersection would crumble to the ground with the increased traffic from development. 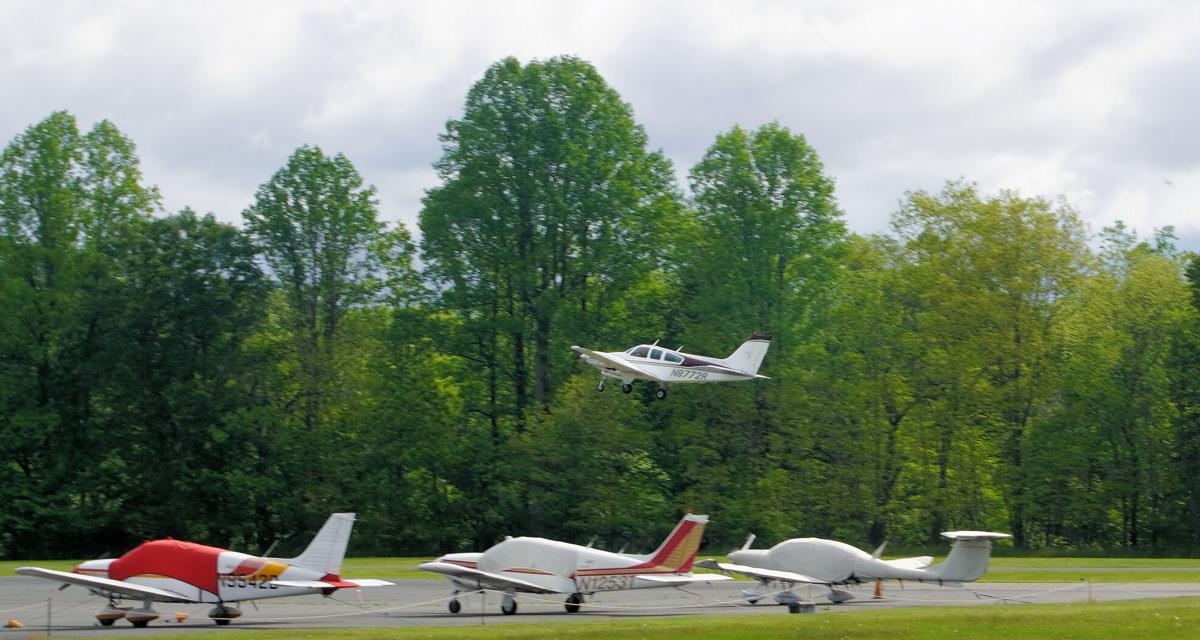 A 1974 Beechcraft takes off from the Flying W Airport on Fostertown Road in Medford. A Township-approved redevelopment plan that would replace the airport could include 380 housing units, including 90 affordable housing apartments.

A plan for a 21,000-square-foot flex-space warehouse and office building at Fostertown and Reeves Station roads was approved unanimously by the Medford Planning Board on Wednesday night.

The light industrial development, which developer Earl Stahl and his Camp EFS LLC expects to divide among 10 tenants, is the latest development planned for Fostertown Road, from Church Road north to the Lumberton border.

Board members voted 8-0 to allow the project, which is about a mile north of historic Kirby's Mill.

Stahl, who is president of the Medford Cemetery Association Inc., the nonprofit that operates the Park View Cemetery & Crematory at Kirby's Mill on Fostertown Road, earlier this year got Township approval to expand the cemetery. The flex-warehouse development is near the Flying W Airport & Resort, which the Township designated as an Area in Need of Development, with a concept to build 380 housing units, including 90 affordable-rent apartments.

Several residents opposed the warehouse at the meeting, maintaining it would add traffic to future traffic from the other developments and threaten the character of Medford.

"I cannot fathom the amount of additional traffic and the safety hazards that’s going to take place at both ends of Fostertown Road," said Tom Rende, who lives at the Fostertown and Church roads intersection. "It’s going to be unbelievable."

Rende's wife, Mary Ann Rende, told board members that the historic character of Medford motivated the couple to buy their home 30 years ago. "That concept has eroded," she said, adding that, in the interest of adding taxable properties, the Township is sacrificing the "charm and appeal of Medford."

The couple can see historic Kirby's Mill from their home. The mill, depicted in Medford's official seal, and nearby historic buildings may "crumble to the ground" with the added traffic from all of the developments, Tom Rende said.

John Ricketts, of Reeves Station Road, lives next door to the five acres of vacant farmland that will hold the new warehouse. "They have not been able to show why they need a building of this magnitude, of this size," he told the board. "There's not a need for it."

Traffic from the warehouse and the Flying W residential development would burden the two-lane Fostertown Road, said Laura Chandler, a farmer who lives on Fostertown Road in Lumberton, over the Medford border.

"We've already seen increases in traffic," she told the board. "Lumberton and Medford both have strong rural heritages. And I just think this does not fit with the neighborhood, which is primarily residential and agriculture."

Lawyer Dominic Favierie, representing Stahl, told the board the flex-space warehouse/office building is a permitted use in that part of Medford.

"We've tried to present to you a reasonable use of the property, taking into consideration everybody's rights," Favierie told the board.

Stahl explained to the board that the development is being built on spec, but any industrial use would be light in nature. A tenant might include an HVAC contractor who manufactures ductwork for the business. Or potential tenants might be firms that repair furniture, frame pictures, manufacture kitchen cabinets or even a sound studio, he said.

"Something very, very clean for the area, and quiet," Stahl said. A driveway on Reeves Station Road would be the site's only access.

At the meeting, Planning Board Chair Jack Hartwig told residents who had spoken against Fostertown Road development that the board had not yet approved the 380 proposed housing units that are part of the redevelopment concept.

"To the people that criticize that proposed development, you're at the wrong place," he said before the vote on the warehouse. "That is court-mandated housing. If it comes before the Planning Board, we're going to say 'yes,' but everyone should understand that it's not this board's idea."

Blame for the project does not lie in Medford, he said: "If you are opposed to that housing development on Fostertown Road, the place to go is Trenton, not Medford."