Rendering of the proposed warehouse. 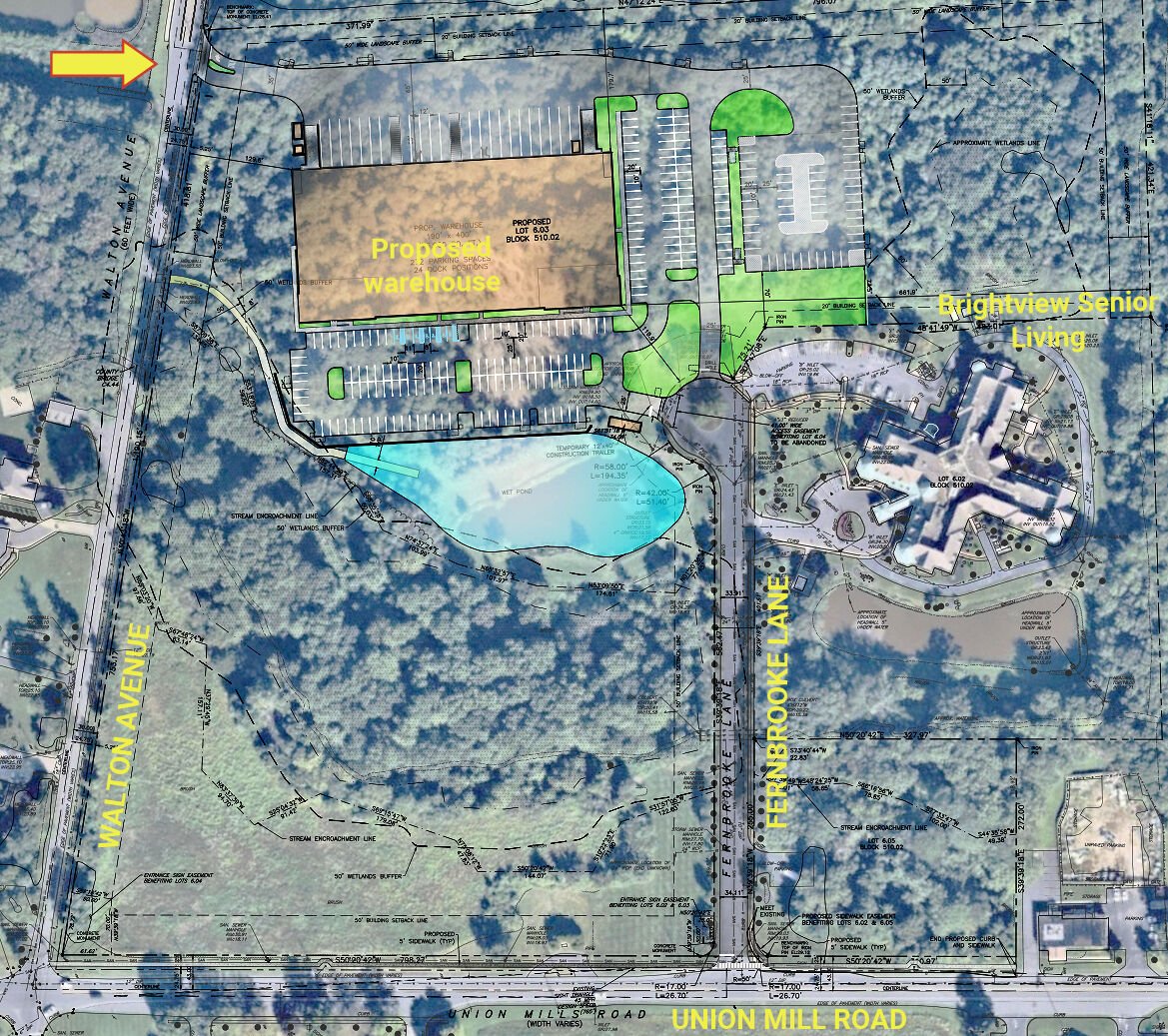 A controversial plan to build a 76,000-square-foot warehouse in Mount Laurel is scheduled to go before the Planning Board for a decision on Wednesday.

The proposal for the warehouse, which would be built on a wooded lot at Union Mill Road and Walton Avenue next to Brightview Senior Living, has drawn protests from residents who have testified the warehouse's truck and car traffic will have an adverse impact on the community.

Board members considered the application from Union Mill Road LLC of Wilton, Connecticut at the August and October meetings. The meeting this week begins at 7 p.m.

The board has voiced concerns about trucks using Fernbrooke Lane, a private road owned by Brightview that would lead to the warehouse. They also said trucks should not use the part of Walton Avenue near Union Mill Road because a bridge could not carry the weight.

Plans were adjusted by the developer to restrict truck traffic to a driveway on Walton Avenue at the top of the property. Trucks would use only Walton Avenue to the north of the warehouse, according to the restrictions.

The developer's lawyer for the application, Robert S. Baranowski Jr. of the Hyland Levin Shapiro firm in Marlton, told the board at the October meeting that the warehouse is a permitted use for the property.

"It bears focusing on the fact that a warehouse being located on this property is not introducing a foreign concept for the property," he said at the meeting.