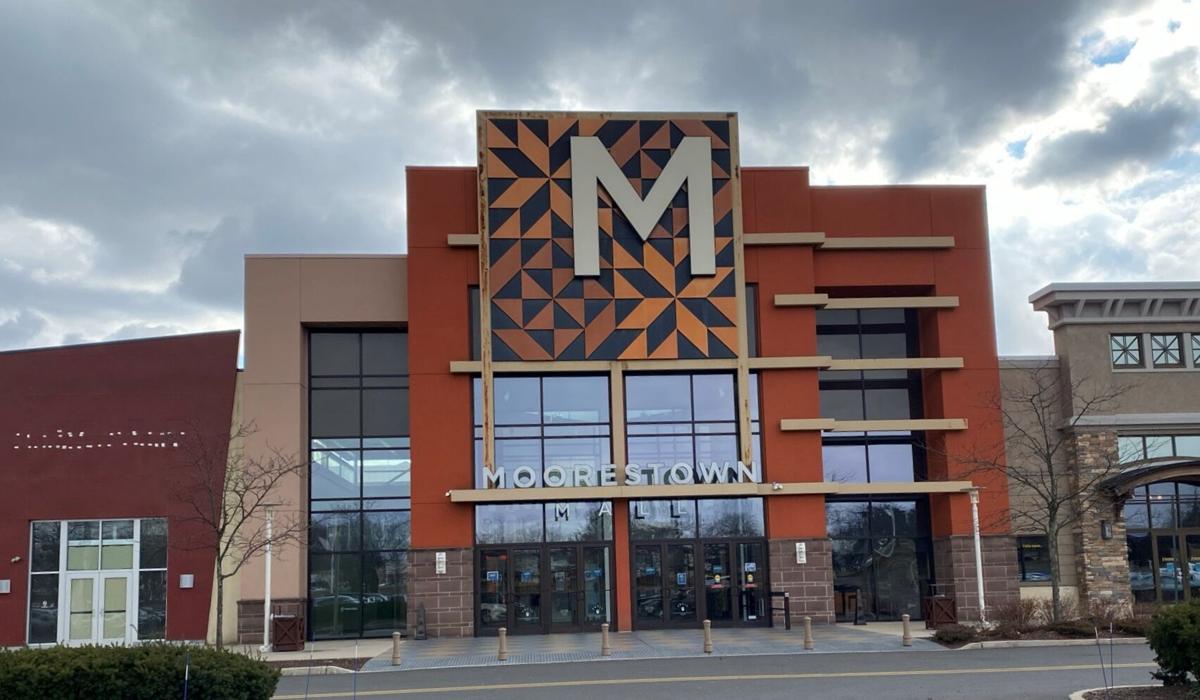 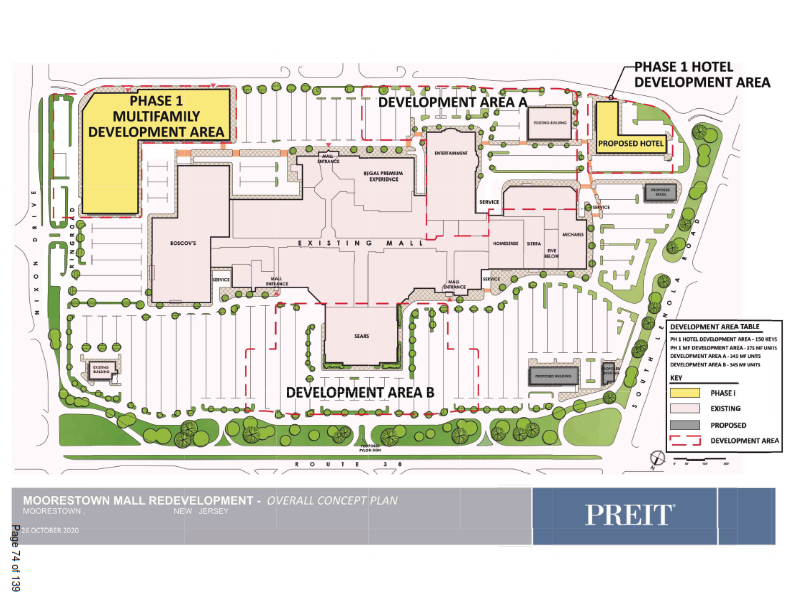 A Moorestown Mall redevelopment plan that was moved ahead by Township Council on Monday night could reinvigorate the 84-acre site and also contribute to Moorestown's obligation to provide affordable housing.

Council members voted unanimously in favor of the ordinance on first reading for the "Moorestown Mall Redevelopment Plan," which would offer tax breaks for some new development on the site. The ordinance is scheduled for a public hearing and final approval at the August 9 Council meeting.

Mall owner Pennsylvania Real Estate Investment Trust (PREIT) plans for as many as 1,065 multifamily units and a hotel at the site to shore up its mall investment, which has lost three of its four anchor stores. Only Boscov's remains.

PREIT announced in May that Cooper University Health Care will purchase the former Sears location at the mall and open a specialty care facility, occupying more than 165,000 square feet.

While the Council vote officially moves the plan along, the agreement also will need to be amended to account for PREIT objections to the wording of seven items, Community Development Director Nancy W. Jamanow told Council members at the meeting.

Objections from PREIT included the ratio of parking spaces per residential unit, the percentage of impervious site coverage permitted, the installation of electronic vehicle charging stations for the commercial part of the property and lighting design. Other PREIT objections, and resulting wording changes, included sustainability requirements and environmental design suggestions, such as green roofs.

The Township also wanted storage provided for renters, hoping to limit personal items stores on balconies, but PREIT protested the set aside of space. Instead, PREIT proposed lease rules forbidding the storage of personal items, such as bicycles, on balconies.

Redevelopment of the mall site would occur in three phases, according to the "Moorestown Mall Redevelopment Plan" released this month by community planning consultant Heyer, Gruel & Associates of Red Bank, New Jersey.

The plan also would "account for a portion of Moorestown Township's unmet affordable housing obligation as identified in the Settlement Agreement with Fair Share Housing Center," the plan notes.

Phases of the redevelopment project, according to the settlement agreement, include:

Under the plan, a Payment in Lieu of Taxes (PILOT) program would be instituted for the first phase by the Township for a maximum term of 30 years, according to the settlement agreement. The payment would be an annual service charge of 12.5% of gross revenue of the project, according to the agreement.

The agreement states the Township may consider other PILOT agreements for the second and third phases of the project.

When available, details about the new construction, including preliminary and final site plans, will go to the Planning Board for approval in the future.