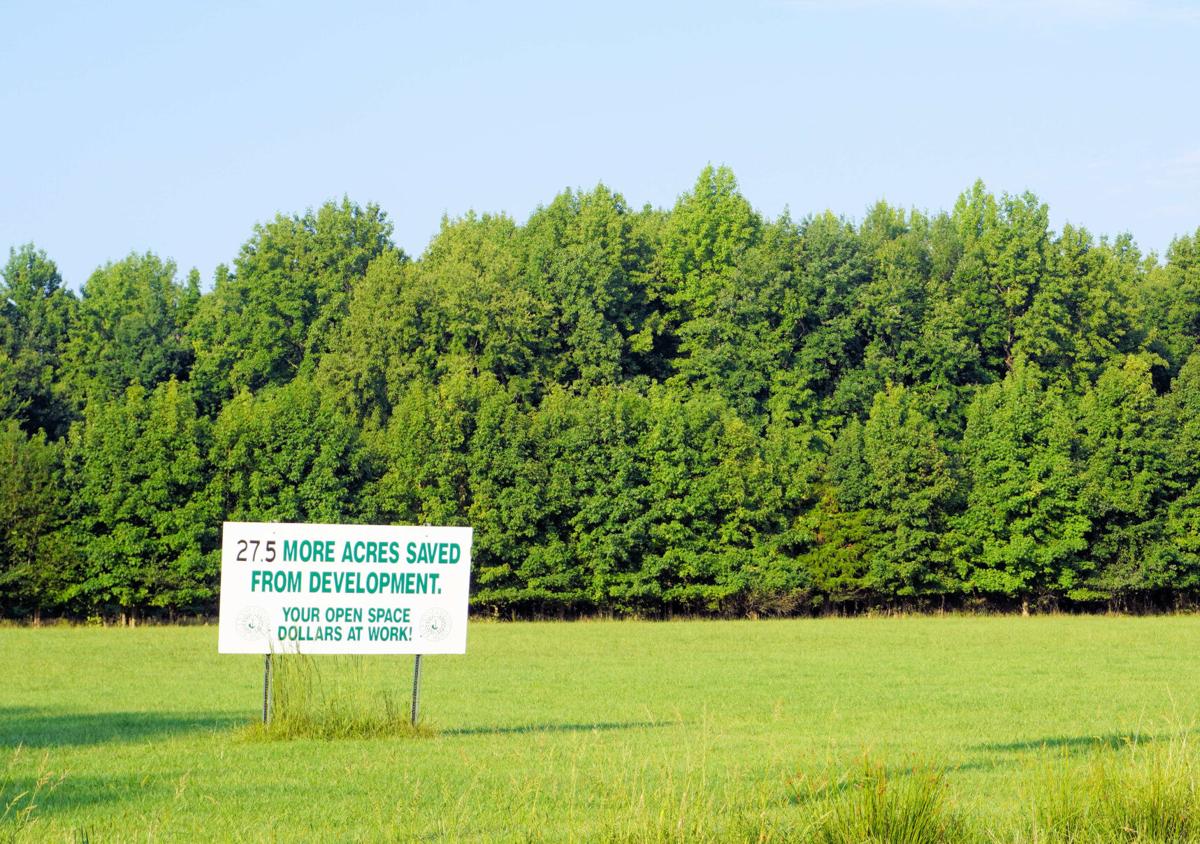 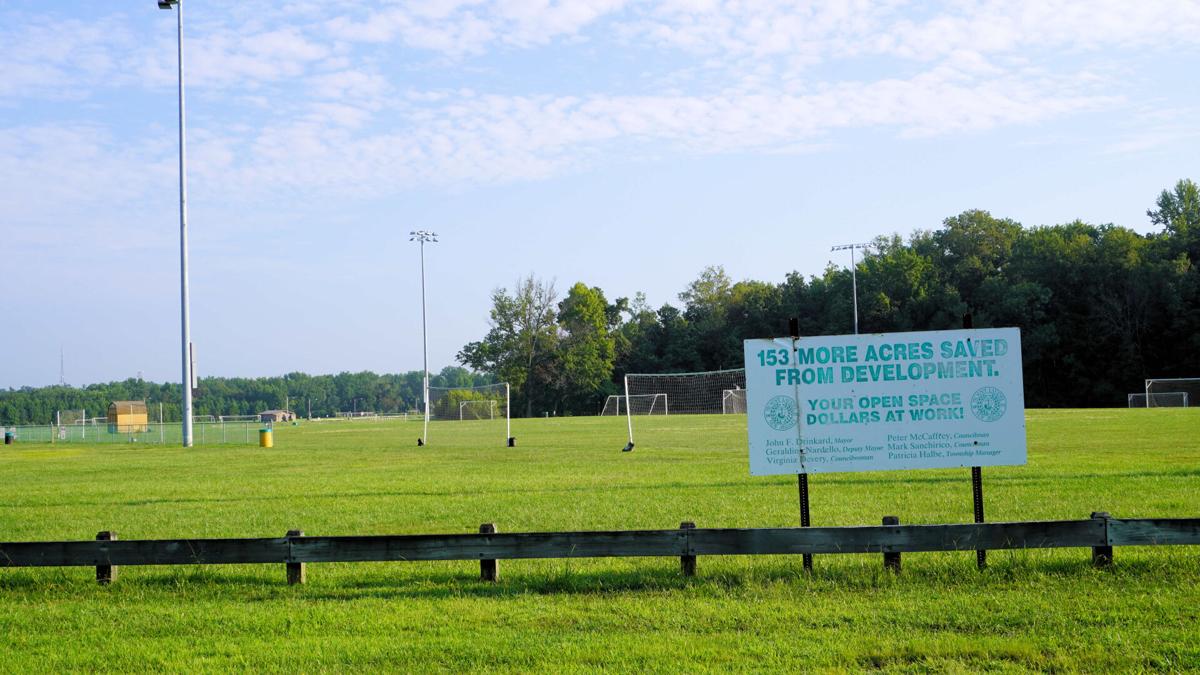 The largest single property committed as open space in Mount Laurel is Trotters Crossing, nearly 154 acres off Walton Avenue. Much of the property is occupied by the home fields of the Mount Laurel United Soccer Association. 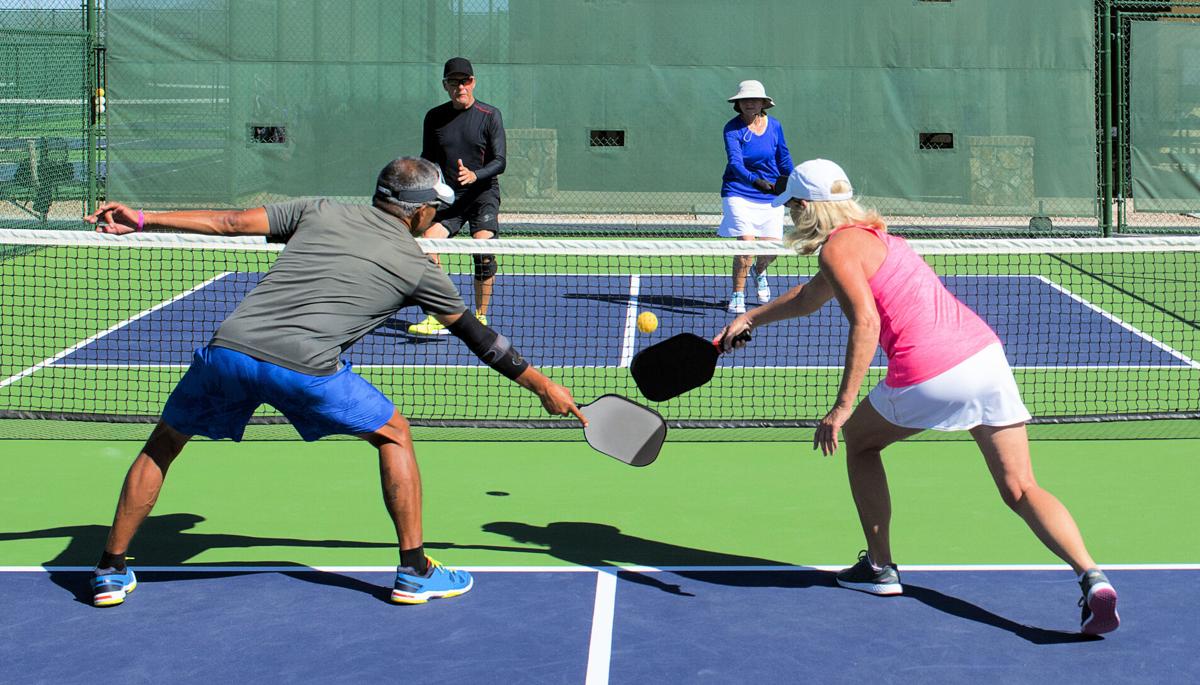 One of the fastest-growing, if not the fastest, sport in the nation is pickleball, which is shown in this generic photo. The sport has a special appeal to older players who might at one time have competed in tennis or racquetball. 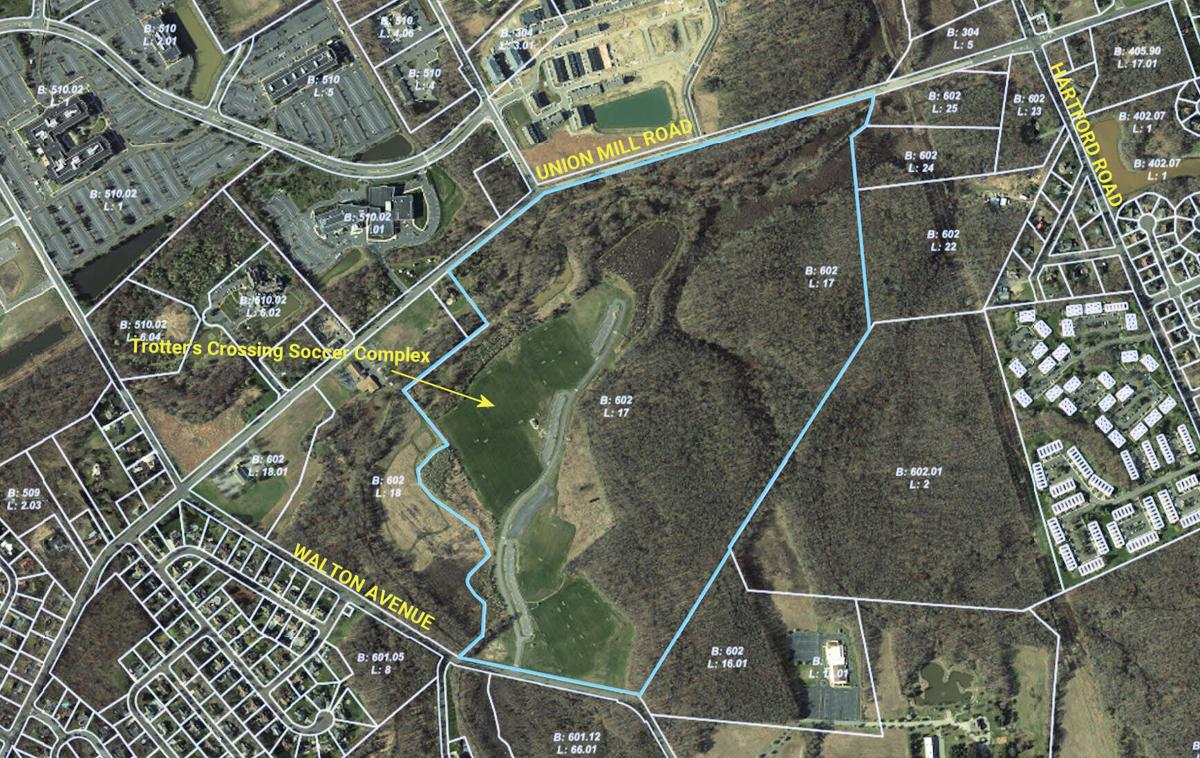 Trotters Crossing at 540 Walton Avenue (outlined in blue) in Mount Laurel is the Township's largest single set-aside for open space. The nearly 154 acres is far larger than any other open space in town and is used, in part, for soccer games.

Scan the comments on social media about any town's new developments — from large housing projects to Super Wawas to Dunkin' Donuts — and a common lament emerges: Why are all of those green, tree-filled fields being allowed to disappear?

But the flip side of the struggle is the continuing campaign by towns to claim what open space is left — often former farms — and forever protect them from development.

Land preservation comes in many sizes for the South Jersey communities that often stand out more for their commercial and residential sprawl than green space.

Cherry Hill, with Camden County, is saving the relatively small 4.6-acre strip of land on Haddonfield-Berlin Road next to Route 295 that used to be the headquarters of USS New Jersey Lodge No. 62 of Free and Accepted Masons. Evesham on Monday has a special Township Council meeting to appoint a firm to prepare a concept plan for the former Beagle Club, the 166 acres of mostly fields and woods on North Elmwood Road that Evesham bought this year.

And Mount Laurel is in the midst of polling its residents on what they expect from open space, with the goal of writing an updated Open Space Plan for the Township's more than 1,300 acres of committed open space.

"We know residents would prefer land preservation over development," Township Manager Meredith Tomczyk told 70and73.com in an interview. "We're always looking to preserve land in the Township, especially large parcels where we can add trails."

Mount Laurel's preserved property ranges from the nearly 154 acres at Trotters Crossing on Walton Avenue, now used mainly for fields by the Mount Laurel United Soccer Association, to small pockets of land that are a fraction of an acre and in neighborhoods.

The Township has made two large purchases since its 2017 inventory of open space. One, in December 2018, was 21 acres on Union Mill Road for $885,000. The other was $4.64 million for the 71-acre property and buildings of the former Cistercian Monks monastery on Walton Avenue.

Tomczyk says the Township is near completing the conversion of the monastery — 26 bedrooms, 26 baths, she notes — to The Laurel House, a new community center that was named through a school competition last year.

The Laurel House relieves some of the scheduling burden from the Township's community center at the municipal complex on Mount Laurel Road. Yoga and zumba classes and the Boy Scouts now use The Laurel House and the second floor is being remodeled into six conference rooms with mechanical doors that can be opened to make larger meeting rooms, Tomczyk explained. The building also can be rented for baby showers, birthday parties and other occasions, she added.

The Union Mill Road property, next to the Township's Laurel Acres Park, likely will get a man-made lake for fishing and walking trails, Tomczyk said. A lake in Laurel Acres now is stocked by the state with trout once a year, but fishing is from the grass around the lake, she explained. The new lake at the Union Mill property would have docks that residents could fish from.

Tomczyk wants to allow residents to fill out the open space survey, possibly extending its availability into November. She said an early tally shows the simple preservation of land to be a top priority among those who have answered. Walking trails also score highly.

Engineering firm Pennoni Associates Inc. will pull together residents' sentiment and other information and write the proposed Open Space Plan, which will be presented to the Township Planning Board.

A standout request among residents, Tomczyk said, is for more pickleball courts. The paddleball sport, one of the fastest-growing in the nation, blends tennis, badminton and ping-pong and also attracts a lot of former indoor racquetball players.

"The rules are simple and the game is easy for beginners to learn, but can develop into a quick, fast-paced, competitive game for experienced players," according to the Arizona-based U.S. Pickleball Association. The association states the sport was invented in 1965 on Bainbridge Island, near Seattle, by three fathers whose children were "bored with their usual summertime activities."

The Township's only municipal pickleball courts are on town land at Willow Turn, Tomczyk said. Mount Laurel painted pickleball stripes on the former tennis courts a few years ago and the residents brought portable nets. This year, the Township installed permanent nets, she said. More pickleball courts may be part of the new plan for open space and recreation.

Volleyball courts also are popular with Mount Laurel residents, she said. Two courts were added to the two existing volleyball courts on Township land next to the Hartford School. The Township may locate courts on other open space, including on the The Laurel House property.

Who pays for protecting land from development? Part of the bill is paid by Township property owners and part is funded by the state.

The Mount Laurel property tax includes eight cents per $100 of assessed property. The average residential assessment is $237,600, with an annual contribution to the open space trust fund of $190, according to Dennis DeKlerk, township assessor.

Tomczyk said the trust fund pays for both land acquisition and improvements to the property. For example, the fund was used to pay for a second pavilion in Laurel Acres Park after it was determined one was not enough to fill demand, she said.