A rendering of the yet-unnamed hotel the owner wants to build at Garden State Park. 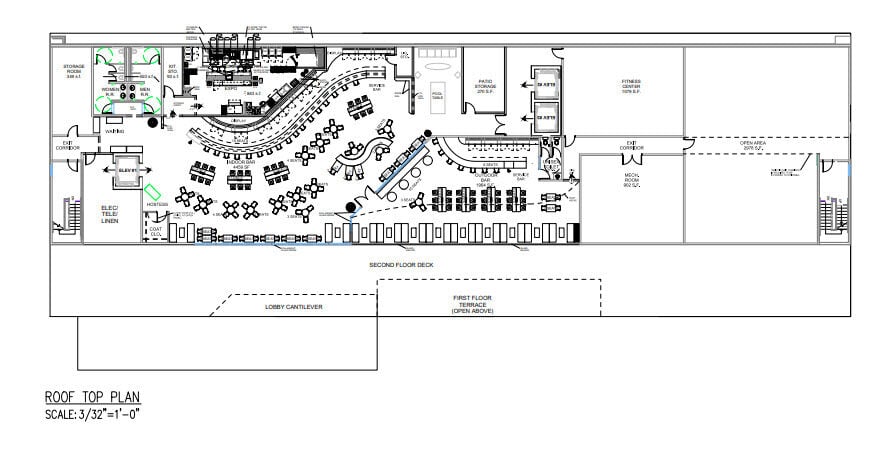 Plans for the rooftop bar atop the hotel.

The owner of the Cherry Hill Towne Center at Garden State Park in Cherry Hill plans to build a 140-room, five-story hotel on the site with a rooftop bar, according to a proposal before the Planning Board.

Plans for the hotel and expanded retail and restaurant space were filed last month by Cherry Hill Towne Center Partners LLC of Piscataway, which owns the 22-acre retail and residential center at Route 70 and Haddonfield Road. The rooftop bar would be 5,600 square feet, according to the application.

An Old Navy store would fill expanded retail space in the building that now houses DSW Shoes, Ulta and Barnes & Noble, according to the plans.

Branding information on the hotel and other stores and restaurants in the two-phase expansion was not disclosed in the filing, which goes before the board at its meeting on June 21.