A look at some of the plants now on the former Beagle Club property. 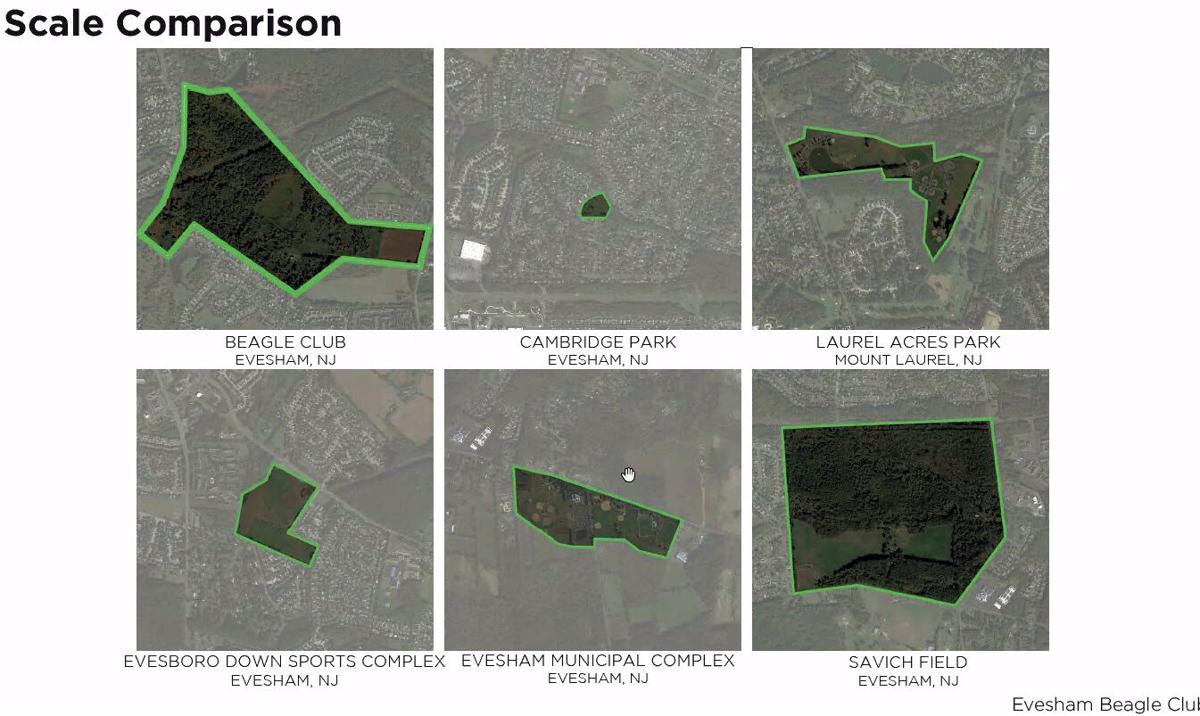 The size of the 176-acre former Beagle Club property compared to other open space in Evesham. 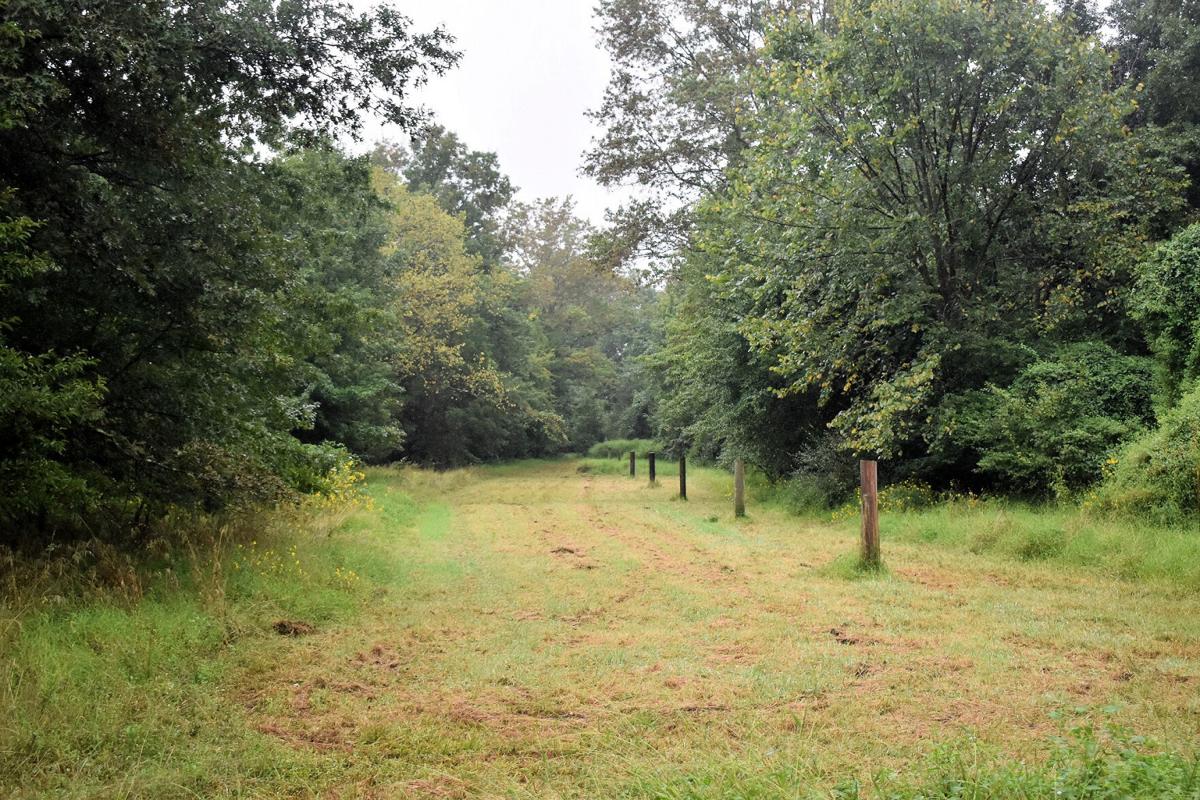 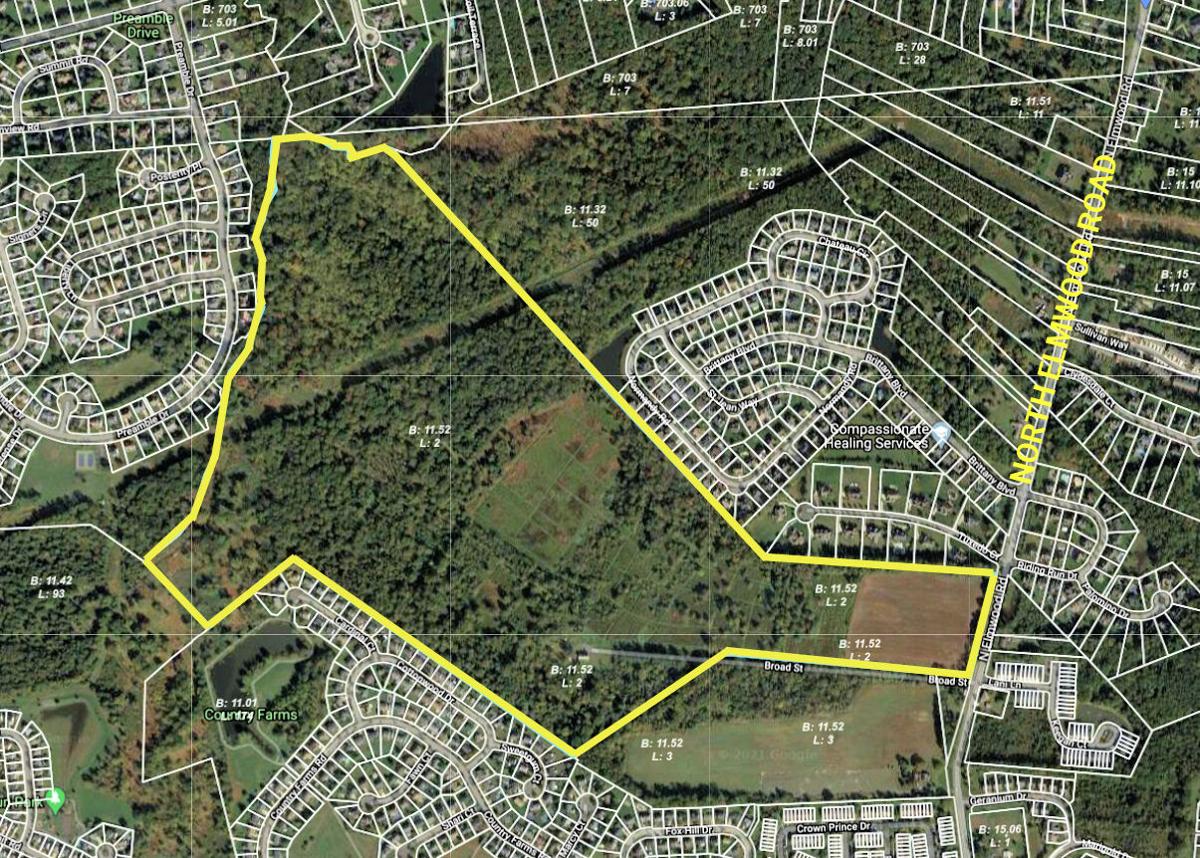 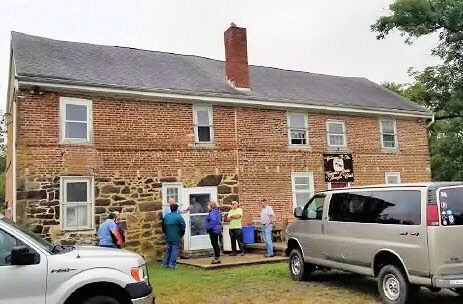 The former Beagle Club building on the property.

A trail system may be a good option for about half of the 176 acres of the former Beagle Club property in Evesham because they fall under wetlands restrictions, according to the firm researching a plan for the Township site.

The remainder of the site — near the front of the property on North Elmwood Road — could be developed for more intense recreational amenities, Edward Confair, project manager for Engineering & Land Planning Associates (E&LP), told a joint meeting of the Township's Historic Preservation Commission, Environmental Commission and the Green Team on Monday night. Confair said each half could be viewed as either "touched" and "untouched."

While E&LP is writing the "concept design" for the Township, many of the ideas for the new open space likely will come from Evesham residents.

"We're really coming to the table with no preconceived notions," Confair said at the meeting. "The site is already attracting a diverse array of animals."

Confair showed photographs of recreational programs that E&LP worked on at Mercer Meadows in Lawrence and Hopewell. A wooden wildlife observation tower at Mercer Meadows drew the interest of several Evesham commissioners.

Pedestrian access, especially from surrounding neighborhoods, also was mentioned by commissioners. Two residents speaking at the meeting said provisions should be made to keep off-road recreational vehicles from the site.

Commissioners asked about the possibilities for the former Beagle Club building on the property.

Paul Garver of the Historic Preservation Commission said the former house is an important component and could be used as a welcome center. Garver said the house and the site are among the oldest in Evesham, dating to 1700.

"That's a wonderful history lesson for everybody who visits the site," Garver said.

Rabbi Ilene Schneider, also a Historic Preservation Commission member, said she would like to see accommodations made for school field trips and possibly a pollinator garden.

Confair told the commissioners that the property does not have a lot of invasive plant species in the area that has been maintained, but does have invasives elsewhere on the site.

E&LP was awarded a contract for the plan and the Township Council has kicked off a campaign seeking public comment on how the Beagle Club Green Acres Program land, which the Council had allocated $5.25 million to purchase, should be used for recreation and open space. The final cost to the Township has yet to be determined.

The schedule for input includes:

At the Council's March 24 meeting, Township Manager Robert Corrales said a $750,000 Green Acres grant will be applied toward the debt. He said he expects Green Acres grants will ultimately pay off one-half of the debt and county grants will cover one-quarter of the purchase cost.