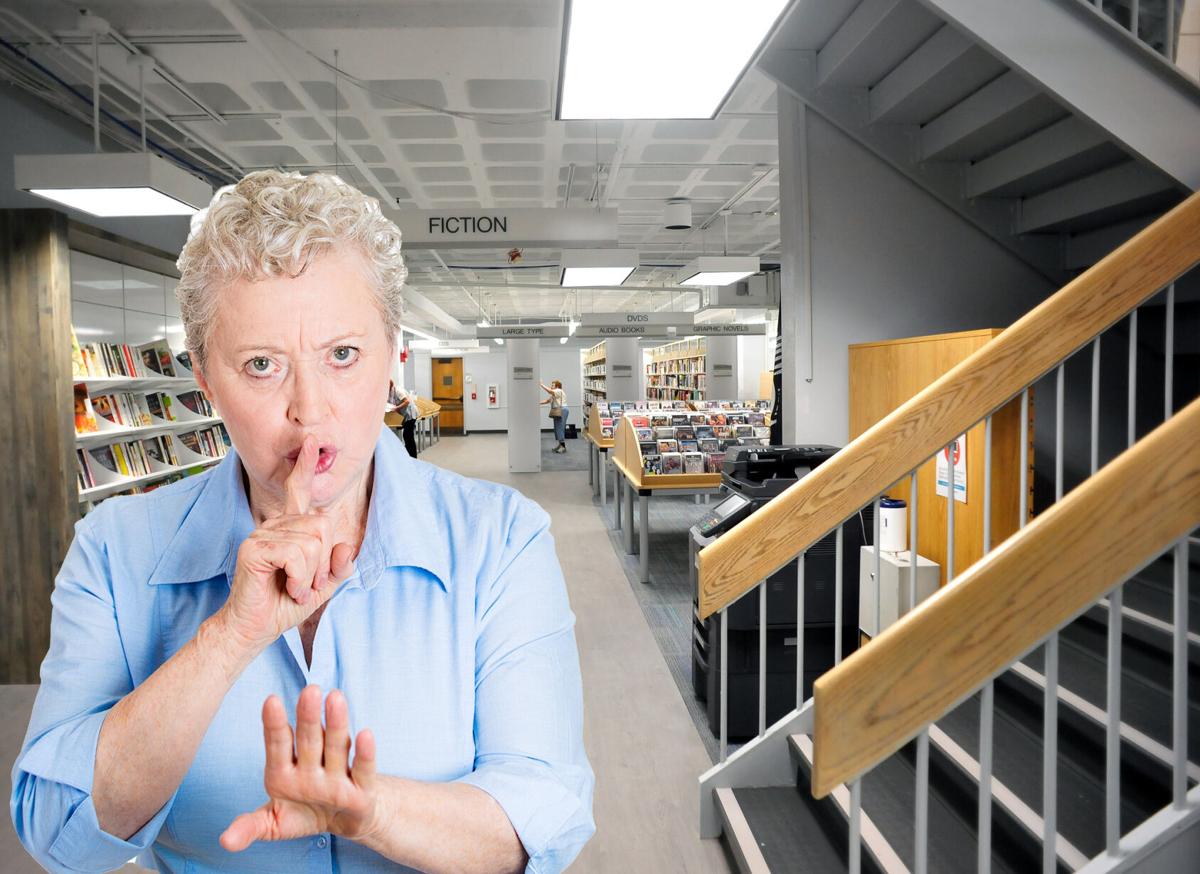 It's highly unlikely a librarian will tell you to "be quiet" at the newly renovated Camden County main branch in Voorhees. The emphasis is now on gathering and collaboration. 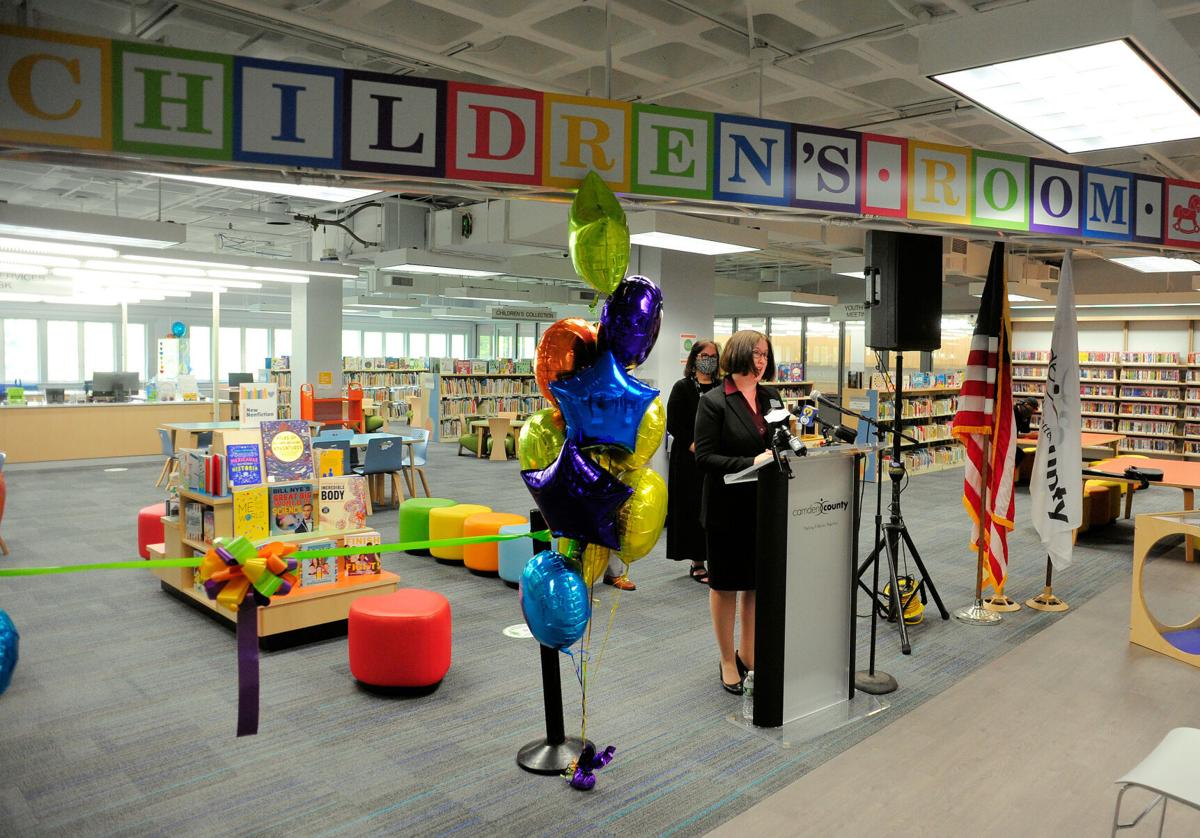 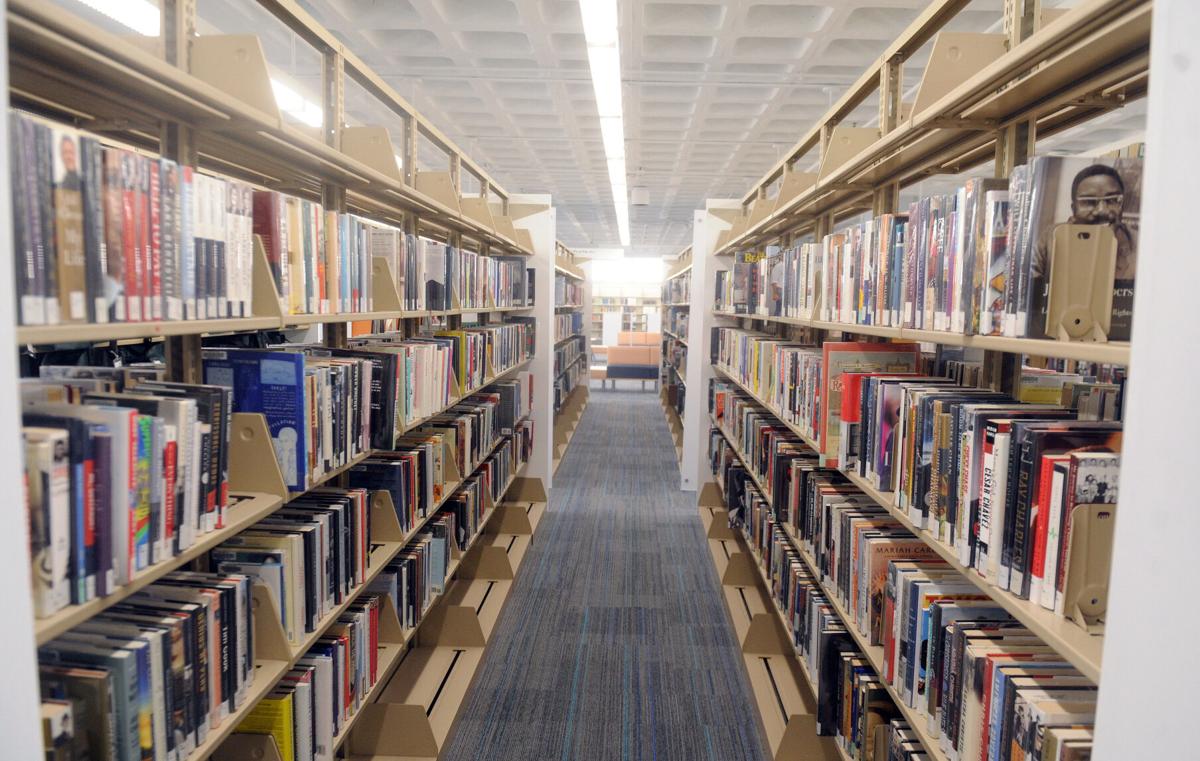 Despite an emphasis on technology, the newly renovated Camden County library main branch in Voorhees still has real books to touch and borrow.

Maybe your memories of childhood visits to the local library are dominated by stern librarians telling you to "be quiet" and the prospect of the death penalty for overdue books.

Fines for overdue books at the century-old Camden County Library System disappeared in 2019 and now a $2 million renovation at the Vogelson main branch in Voorhees has given library officials a chance to emphasize that the library is a place to gather and feel at home.

"They're going to see a complete and total transformation," Camden County Library Director Linda Devlin said of library patrons stopping by the 203 Laurel Road facility. "It just has this wonderful feel when you walk in," Devlin told 70and73.com last week after the renovations were unveiled.

Yes, you still can browse bookshelves and sample the novels and other volumes. But this major building improvement program — the first in more than 20 years — also makes the library an inviting place for group meetings, expanded children's programs and even a place to bring your laptop to toil at your job when "remote" at home might be synonymous with "chaos."

One improvement breakthrough was opening the main floor to great views. Devlin said views of Brookdale Echelon Lake near the library were blocked before renovations. Now someone coming in the front door can see all the way to the back windows, the lake and the trees beyond, Devlin explained.

Even though the county Library System's usage of online databases, digital streaming and ebooks surged during the isolation of the pandemic, the library needs to maintain a bricks-and-mortar presence, Devlin explained. The 60,000-square-foot building, which opened in 1977, underwent a complete renovation, she said.

Devlin, a Cherry Hill resident who spent 25 years with the county library including 14 as director, said she has seen a large variety of people coming in to use the library's computers. They also visit to take advantage of the technology to scan documents or print out things like forms they need to fill out, she added.

An increasing number are bringing their own laptops and use the library's Wi-Fi system. Devlin said a goal is to technically support remote workers, remote learners and job seekers. "It's a perfect place to work" if the kids are getting out of control at home, she said.

Group collaboration, whether high school students or adults getting together, is encouraged. Devlin said there are quiet spaces for people to work from at the library, but there also are meeting rooms and the ability to work with others in the main part of the library.

Libraries today are not these "hushed, secret, quiet spaces," she noted.

The county Library System turns 100 years old this year and today has locations in Voorhees, Camden, Bellmawr, Gloucester Township, Haddon Township, Merchantville and Winslow. Some communities in the county, such as Cherry Hill, have chosen to operate their own municipal libraries and are not part of the county system. The list of member communities is here.

Who can use the county Library System, which is funded by the county library tax paid by those living in member communities?

Buildings are open to everyone, Devlin explained. Only people living in member communities have borrowing privileges. However, during the pandemic the county decided to make access to digital services available to any county resident.

Devlin said the library will ramp up its children's programming when school is out. The library staff doesn't check ID's to determine where visitors come from, she added. Some children now are coming with their parents, but nowhere near the level before the COVID-19 outbreak.

Outdoor summer programs are planned at local parks throughout the county. In the past, the story time, crafts and activities programs became so popular they had their own "groupies" who followed the events from park to park, Devlin said.

The library director said she is most proud of the new children's area, which has expanded and is more open because of the renovations.

A new programming room for the children visitors on the first floor next to the children's area has far more space than the old meeting room, which often was filled to capacity. Devlin said the new room has countertops, a sink, storage areas and tables and chairs on wheels to host everything from musical performances to painting.

Under the renovation program, changes were made to make the library more inviting. For example, the ceilings with their open ductwork had been painted brown. In renovations, the ceilings were painted white — making the ceiling feel higher and brightening the space, Devlin said.

More power was added throughout the building to accommodate those who bring their own devices. Work areas were made more flexible with different kinds of seating and spaces. Some seating is traditional but some seating now has counter-high stools. People can meet with their colleagues in the library, although the county Health Department needs to say when the library's new meeting rooms may open again, Devlin said.

High-touch areas in the library are cleaned at least twice a day, in addition to the regular daily cleaning. Library staff tells customers they should wipe off keyboards and touchscreens before and after each use.

Everyone wears a mask in the building at all times, Devlin said. Filters in the building's HVAC system have been upgraded and now are being changed more often, she added.

"We're not seeing any transmission in the building," Devlin said.

During the pandemic, the library hours have been cut back to four hours a day, six days a week. They are: Monday, Tuesday, Friday, and Saturday: 10 a.m. to 2 p.m. and Wednesday and Thursday, 4 to 8 p.m.

That's sharply curtailed from non-pandemic times. During the school year, the Voorhees branch was open seven days a week and Mondays through Thursdays it was open from 10 a.m. to 9 p.m.

"We look forward to returning to full hours at some point in, hopefully, the near future, Devlin said.

» MORE: Additional information on the Voorhees branch of the county library system.