An updated rendering for a new building at Larchmont Commons that will include a Starbucks, with drive-through, a retailer and a restaurant. The development will be in the parking lot with Burger King to the east. 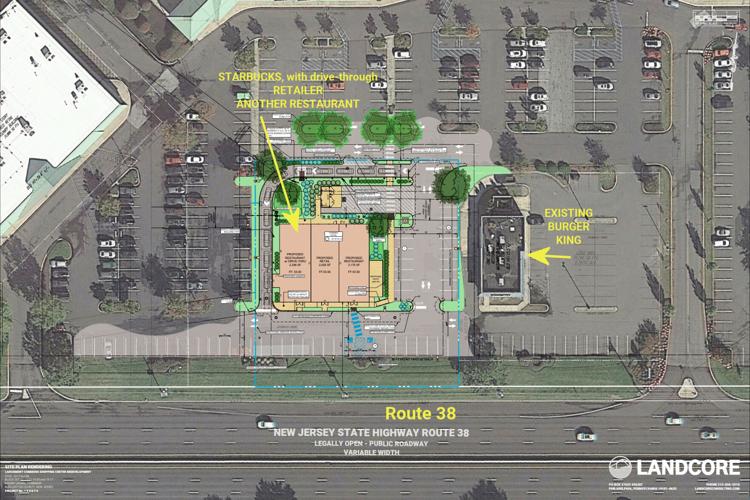 A new building with a drive-through Starbucks and an adjoining retailer and restaurant got the go-ahead last week from Mount Laurel for the parking lot of Larchmont Commons Shopping Center on Route 38.

The development, proposed by Larchmont Commons LLC, will be to the west of the existing Burger King restaurant. It was approved unanimously by the Planning Board on March 10. The other new tenants are unidentified.

The stretch of Route 38 near Larchmont Commons has seen continued development over the last two years.

In December, the Township zoning board approved a concept plan for a Sammy's Express Car Wash about a half-mile to the west on Route 38. A Super Wawa was approved by the zoning board in 2020 near Hartford Road on the eastbound lane of Route 38.

No members of the public spoke specifically about the application.