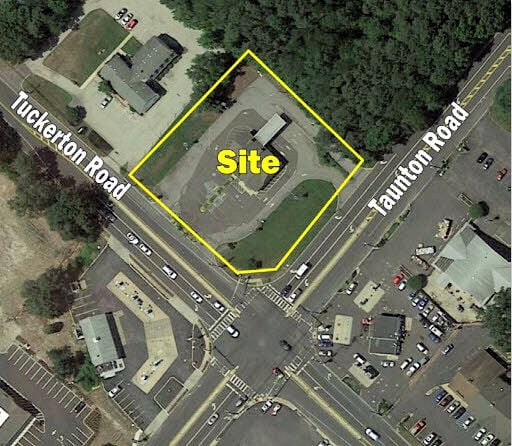 The Medford Zoning Board of Adjustment on September 15 denied an amended proposal for a Dunkin' Donuts and two other stores, including another small restaurant, on the Taunton and Tuckerton roads intersection. The former PNC Bank building would be demolished. 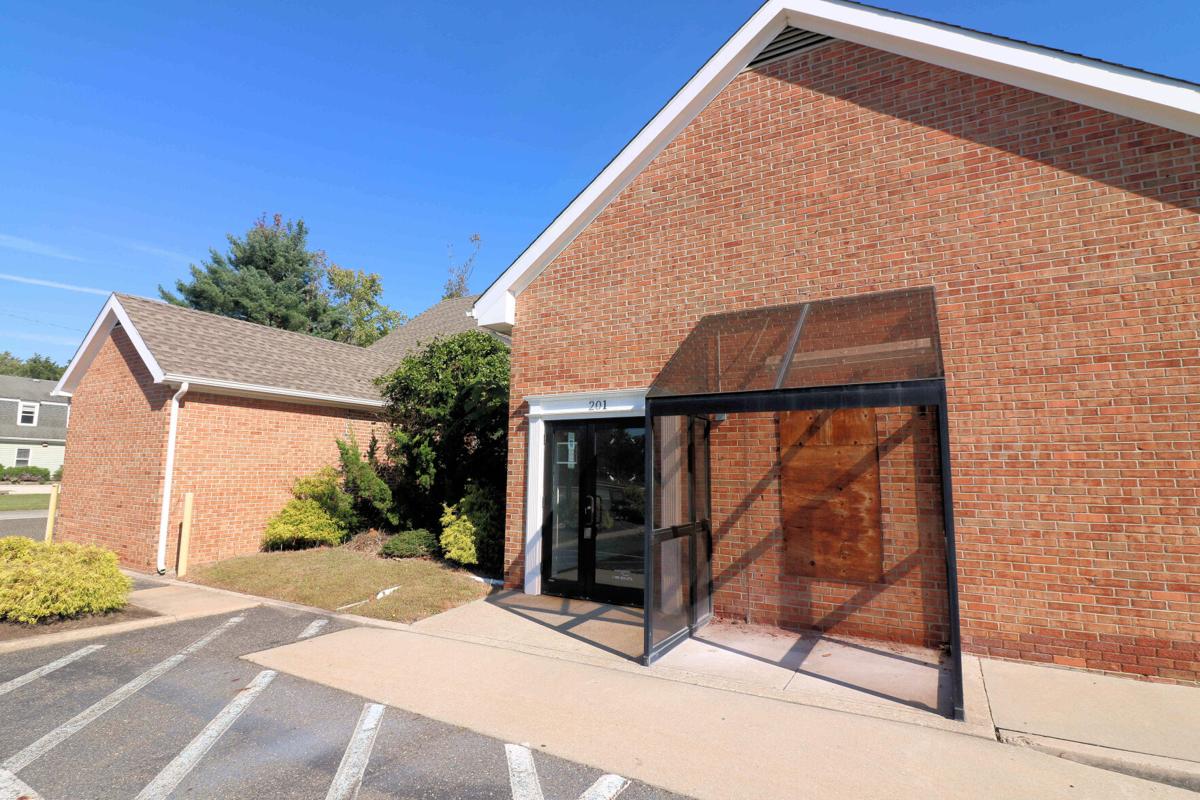 The vacant former PNC Bank would be torn down under the plan. 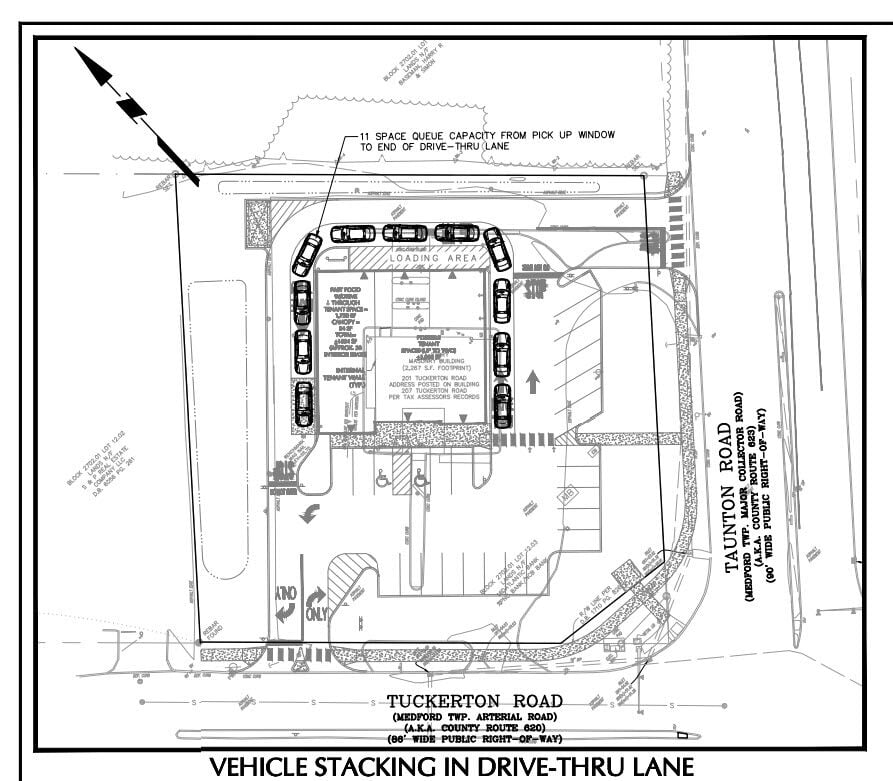 The amended plan increases the queueing line at the Dunkin' Donuts drive-through to 11 cars from nine.

For the second time in two years, a plan to demolish a vacant bank building at Taunton and Tuckerton roads in Medford and build a drive-through Dunkin' Donuts and other stores was rejected last week by the Township zoning board.

Members of the Zoning Board of Adjustment voted unanimously 7-0 on Wednesday to reject the plan, which had been voted down in July 2019. The vote then was two members in favor of the proposal and five against it.

Minutes of the July 2019 zoning meeting

After the 2019 denial, developer DePetris Family Associates 2 LLC filed suit in New Jersey Superior Court in Burlington County. The court in June this year told DePetris it could return to the zoning board with amended plans and scheduled a court conference on October 5 to review the board's decision and determine if further proceedings are warranted under DePetris' lawsuit.

Last Wednesday, board members and Medford residents focused mostly on a potential increase in traffic at the already-busy intersection.

Lawyer Robert S. Baranowski Jr., of the Hyland Levin Shapiro law firm in Marlton, told the board his client, the DePetris family, had reduced the square footage of the buildings to 4,900 square feet from 6,804 before. The Dunkin' would occupy 1,804 square feet and another restaurant, such as a sandwich shop, is a possibility, Baranowski said. The previous plan had four stores, but the new one has only three.

The queueing line at the Dunkin' drive-through also was increased to 11 vehicles from the previous nine. The developer already had agreed to restrict no left-turn exits from the Taunton Road driveway from 7 to 9 a.m. during the busy weekday morning hours.

Baranowski noted the DePetris family has owned Medford property for more than 40 years and wants to improve the intersection. The family also owns the Village at Taunton Forge shopping center.

David DePetris also addressed the zoning board and, while acknowledging heavy traffic at the intersection, said his family's project would add ambiance to the crossroads with sidewalks and benches.

Medford businesses "are suffering right now," he said. He told board members that Taunton Forge is beginning to see a post-COVID recovery with a new Yoga studio, a new dry cleaner moving in this month and a new Asian restaurant scheduled to open by the holidays.

But the residents who testified said a Dunkin' Donuts and other new stores would have a negative impact on the area.

The project would need several variances. For example, Medford requires 2.5 acres for a drive-through restaurant, but the lot is just under one acre.

Board lawyer Christopher Norman, of the Platt Law Group in Stratford, characterized the proposed project as "essentially an overdevelopment of the site" during his summary of the 2019 rejection.

Jill Neall, who lives on Taunton Boulevard, said the developer is trying to "shove this down the throats" of area residents.

"To have a fast food restaurant, Dunkin' Donuts particularly, put in at the intersection, to me, is disgusting," she told board members at last week's meeting.