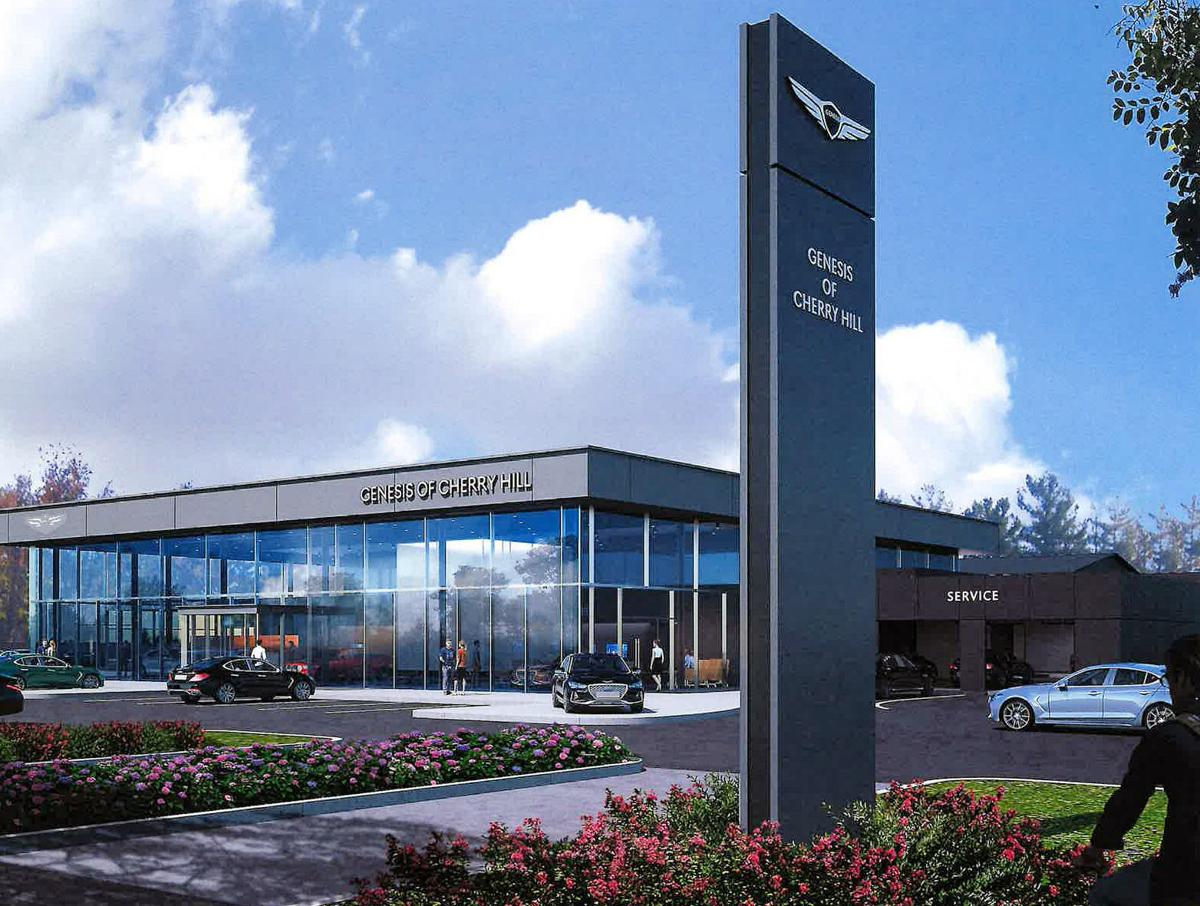 A rendering of the new Genesis of Cherry Hill dealership building. Despite the name, the dealership is on Route 73 in Evesham. 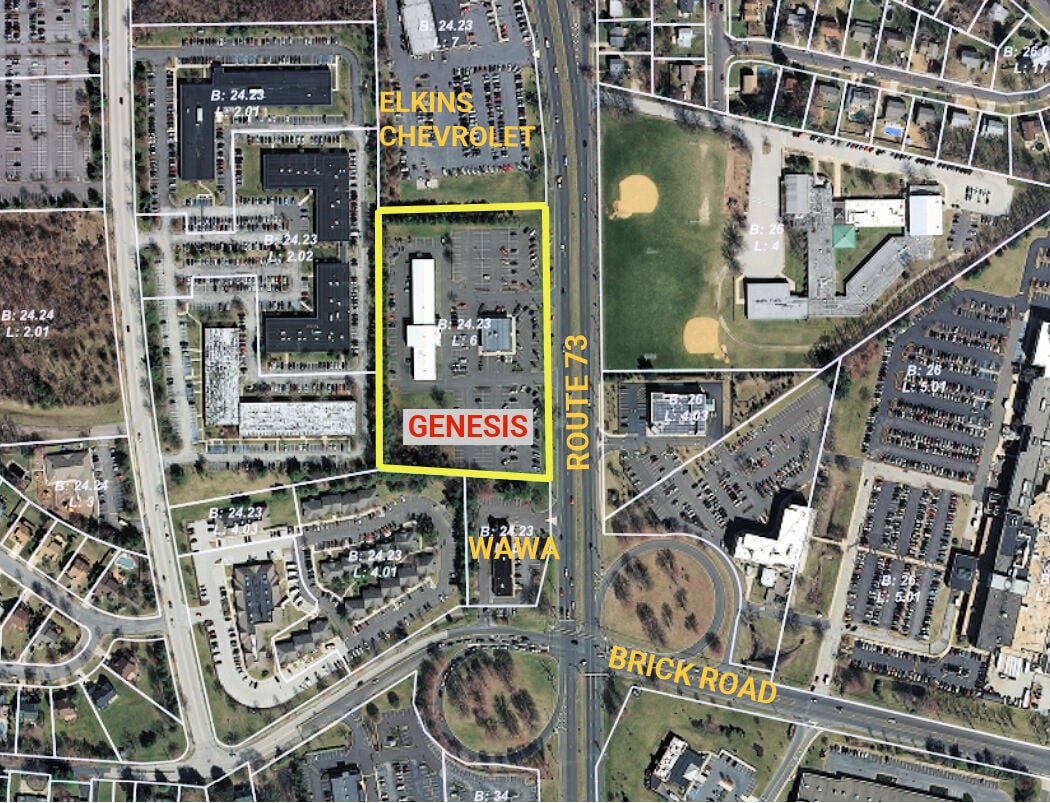 The yellow border shows the Genesis of Cherry Hill property. 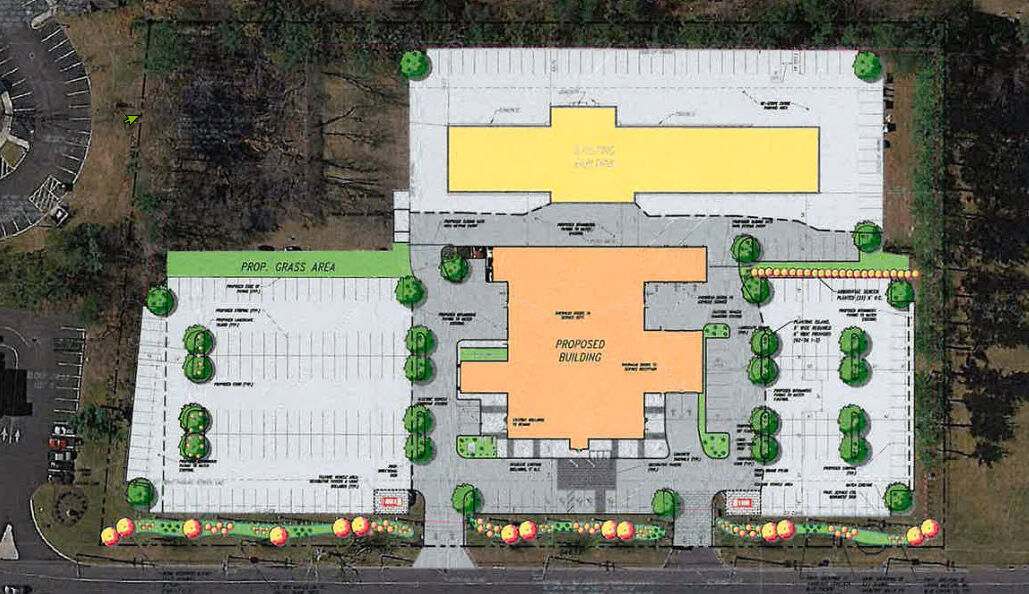 A new, two-story Genesis of Cherry Hill car dealership on Route 73 near Brick Road was approved Monday night by the Evesham Zoning Board of Adjustment.

The dealership showroom, office and administration building on 5.74 acres of land, with Elkins Chevrolet to the north and Wawa to the south, will be operated by Burns Buick GMC Inc. of Marlton. The existing building at the front of the 451 Route 73 South property will be demolished. The property owner is TDT Realty LLC of 4 Mosswood Drive in Voorhees.

Despite the Cherry Hill name on the dealership, it will be located in neighboring Evesham.

Board members voted 6-0 in favor of the preliminary and major site plans and zoning variances for the conditional-use project. An existing building at the back of the lot will be retained for an internal car wash, detail area, service bay and parts storage, according to the application.

A Lenihan Jeep dealership formerly operated from the site.

Sandy Student, board chair, said he was pleased to see Burns Buick GMC's planned improvements for the property.

No members of the public commented at the meeting.