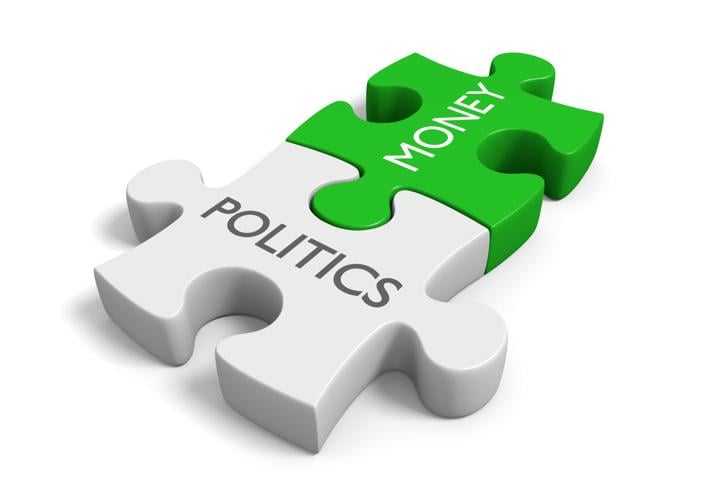 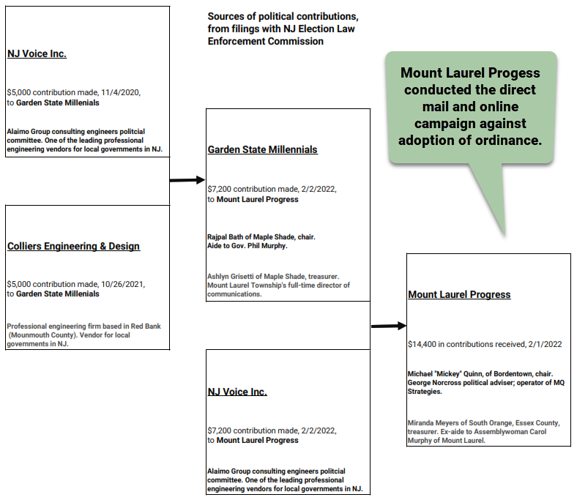 Mount Laurel Township's communications director left her leadership position on a statewide continuing political committee days after her role in a local pay-to-play ordinance special election was criticized at a Township Council meeting.

Ashlyn Grisetti, the Township's full-time communications director, stepped down as treasurer of Garden State Millennials, effective February 17, three days after the meeting of the all-Democrat Council where she came under fire, according to a filing with the New Jersey Election Law Enforcement Commission (ELEC).

"I have no comment," she responded on Friday morning when reached by 70and73.com on her phone.

Garden State Millennials, which operates out of Maple Shade, contributed $7,200 to political committee Mount Laurel Progress in its fight against adoption of the pay-to-play law that went before Township voters in a special election on February 1. The election grew from a Republican petition drive last summer and residents overwhelmingly voted 4,375 to 725 for its adoption.

» READ MORE: Behind the scenes in the struggle over a strict pay-to-play campaign finance law.

The special election was not mentioned on the official Township website or in the official January newsletter mailed to residents. The outcome of the election, which immediately put into effect a stricter ordinance governing contributions to political candidates, also was not reported on the Township site.

Grisetti's role in the special election, and her duties to inform Township residents, were criticized at the February 14 meeting of Township Council.

"We have a severely conflicted director of communications," resident Bob Reillo of Cascade Drive said during the public comment period, calling for a Council investigation. "She serves as communications director for all the people of Mount Laurel. Not just the Democrats."

Reillo, a Republican, on Wednesday announced his candidacy for Township Council in November's election. Andy Gaus, a Republican who was a leader in the petition drive to secure the pay-to-play law, also declared his Council candidacy on Wednesday.

The new pay-to-play ordinance cannot be changed for three years. It restricts the amount of money professional firms such as engineers and lawyers can contribute to local candidates. If they contribute beyond the limit, the Township cannot hire them.

The Township also had no comment on Grisetti stepping down from the political contributions committee.

"I have not discussed this issue with Ashlyn," Township Manager Meredith Tomczyk told 70and73.com in an email on Friday morning. "I do not comment on what employees do in their personal time."

Mount Laurel's mayor, Kareem Pritchett, had a similar response at the February 14 meeting. "What she does on her free time is her own business," Pritchett said.

Besides Grisetti stepping down as Garden State Millennials treasurer, the state ELEC filing also showed that Rajpal S. Bath, the organization's chairperson and an aide to Gov. Phil Murphy, left his leadership role. Bath and Grisetti share an address on Larchmont Place in Mount Laurel.

70and73.com attempted to leave a voicemail on Bath's cell phone on Friday morning, but the mailbox was full. A text seeking comment was sent to his number.

The new treasurer is Mandeep Bath, also of the same Maple Shade address, a business owner employed by MM Fleet Inc., according to the documents.

A 70and73.com call to the telephone number listed for each on the filing went to voicemail, with a full mailbox. A text seeking comment was sent to the number and an email was sent to the email address on the ELEC document.