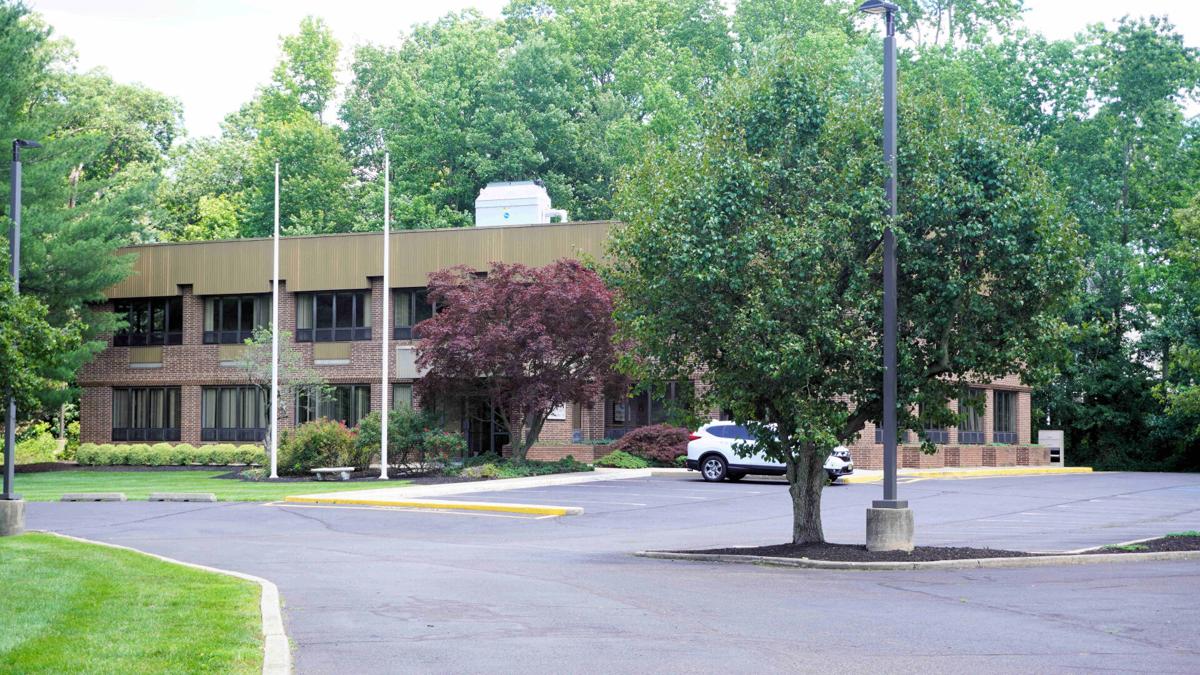 The Mata Gujri Sikh Society of Cherry Hill Inc.  plans to purchase the former Pathfinder office building at the end of Allison Drive, a cul-de-sac in Cherry Hill. Allison runs next to the U.S. Post Office on Marlkress Road. 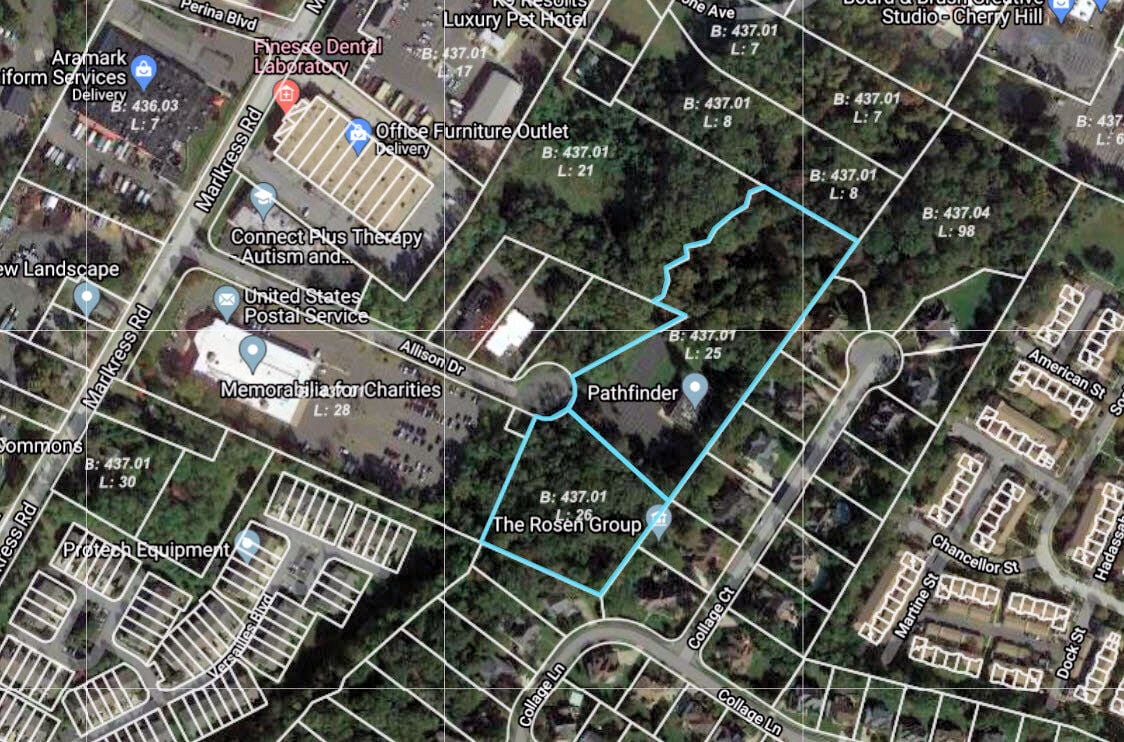 The two lots, outlined in blue, are at the end of Allison Drive in Cherry Hill. They will be purchased by the Sikh Society.

Balrup Hundal explained that it's clear to him why the Mata Gujri Sikh Society of Cherry Hill Inc. wants to open its temple in Cherry Hill.

The congregation of the Sikh religion positively views the diversity of Cherry Hill, said the Voorhees resident, who is leading temple planning for the society. "A lot of our congregation is a part of Cherry Hill," he told members of the Zoning Board of Adjustment at its Thursday night meeting.

And, he told the board, the now-vacant, two-story office building the congregation wants to buy and convert into a temple at the end of Allison Drive, off Marlkress Road near the U.S. Post Office, is an ideal spot for a temple. It's secluded and part of a six-acre site that includes a heavily wooded lot and wetlands to allow members to appreciate nature, which is key to their religion, he said.

Board members agreed, voting 6-0, to approve variances that will allow the society to buy the building in the industrial zone from LJC Realty LLC of Avalon, which is associated with the Pathfinders project management consulting company that used to operate from the site. A house of worship normally is not permitted in industrial zones.

"This is probably going to be one of the easiest decisions that I've had to make," said zoning board chair Daniel DiRenzo Jr., who with other board members welcomed the Sikh Society to Cherry Hill.

The Sikh religion, from Northern India, counts itself as the world's fifth-largest religion with 25 million adherents worldwide, according to SikhNet, a nonprofit organization's website. The site states about 700,000 Sikhs are in the United States and an estimated 99% of the people wearing turbans here are Sikhs from India. The religion is distinct from Hinduism and Islam, the site notes.

An example of a more well-known Sikh in New Jersey is state Attorney General Gurbir S. Grewal, who is the first Sikh-American attorney general in the nation.

The society expects to gut the office building — now with workstations filling the middle of rooms and offices at the perimeter — to accommodate its religious needs and beliefs.

One of those beliefs is that members of the congregation can never rise above the height of the Sikh holy book, society trustee Savdeep Bhullar told the board. Because of this, the worship space must be on the second floor of the building and the holy book will sit on a stage, higher than worshippers who leave their shoes at the entrance of the building and sit on the floor.

Other than renovating the interior of the 12,000-square-foot building for worship and post-service meals, few changes are planned on the site, Hundal said.

No changes are planned to the building's exterior, to outside lighting or to vegetation, he said.

An adjoining lot is heavily wooded and consists largely of wetlands. "We would like to keep it the way it is," Hundal said. "Nature is purity to us. We really like that aspect of the property."

One sticking point could have been the required number of parking spaces. The site now has 59 parking spots, said lawyer Rhonda Feld of the Moorestown firm of Sherman Silverstein Kohl Rose & Podolsky, representing the society before the zoning board.

The required number of parking spaces ordinarily is determined by the amount of pew seating or seats in the worship area. If there are no seats, square footage is used.

An earlier estimate based on the total square feet of the building suggested 241 spaces would be required, Feld said. However, the area devoted to worship in the converted building will be a fraction of the total space, so only about 68 spaces would be required — nine more than those now provided. Many of the Sikh families car pool, reducing the need for parking on the site, the applicant reported.

Hundal explained the Sikh Society of Cherry Hill was founded last October, but the worshippers have been together for more than 30 years. About 40 adults and 25 children now are members.

The Sikhs will worship on Friday evenings and on Sundays, from noon to 2 p.m., Bhullar said. The temple will be open all week, but weekday usage is expected to be light.