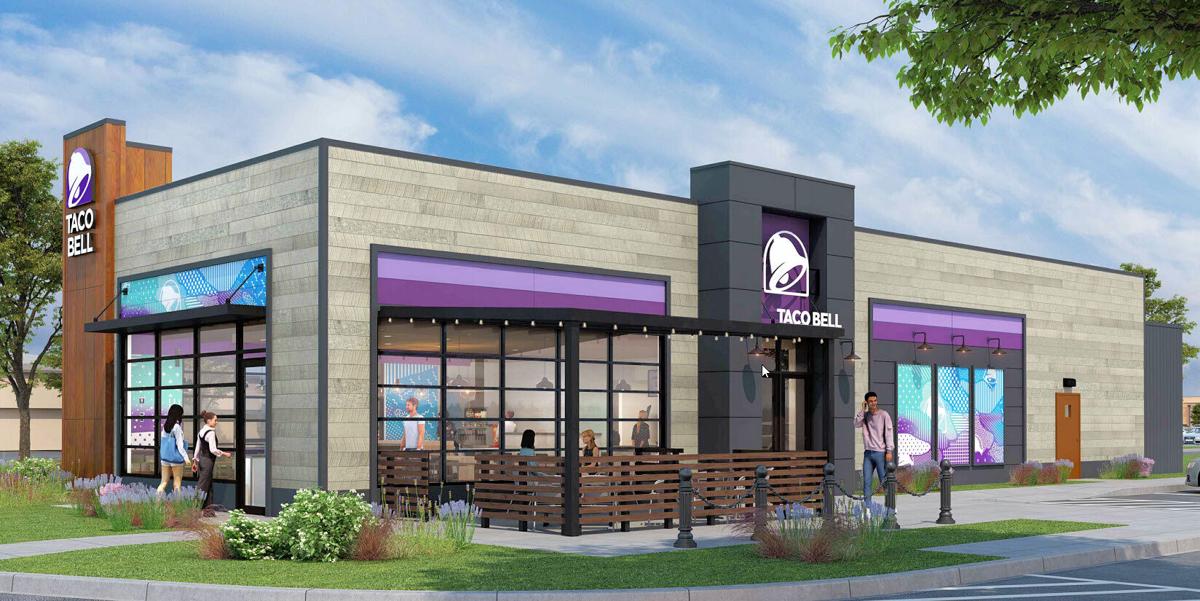 Prototype of the Taco Bell restaurant that received permission to open at the northwest corner of the Marlton Plaza parking lot on Route 70 in Cherry Hill. 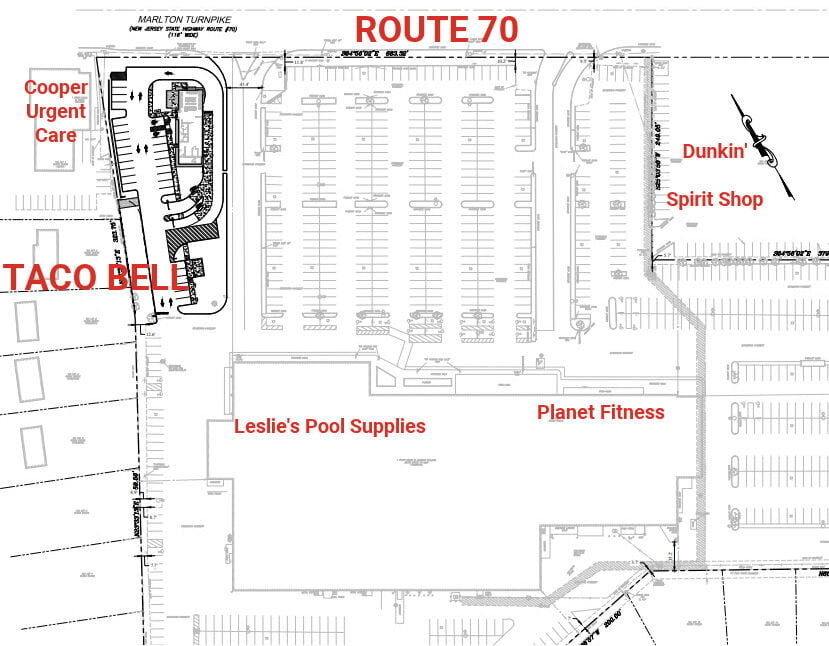 If you're a Taco Bell fan, you'll be able to satisfy your cravings on the east side of Cherry Hill beginning next summer.

The Planning Board voted 5-1 Monday night to approve preliminary and final major site plans for the restaurant to open at the northwest corner of the parking lot of Marlton Plaza on Route 70. It will neighbor Cooper Urgent Care, at Route 70 and Old Orchard Road. Board member Anne Madden Tufano was the sole vote against the plan because, she said, she did not approve of a third sign, which will be over the entrance.

"We expect to open in the summer of 2021 if we receive all of our necessary approvals," Robert J. Nasuti, general counsel of Summerwood Corp. of Conshohocken, told 70and73.com in an email message on Monday. Summerwood, which operates more than 100 restaurants including Taco Bell, Pizza Hut, KFC, Burger King, and Long John Silver's, applied to Cherry Hill as New Jersey Restaurants LLC.

Preliminary plans for the Taco Bell were approved May 4 by the board. "The (overall) site is old, it is tired," said Haddonfield lawyer Damien Del Duca, who represented the applicant at the May meeting. "I think it's a tremendous improvement," said board chair John Osorio.

Michele Golkow, a board member and also a member of Township Council, said the Taco Bell will be a welcome addition to the corner of an underutilized parking lot and shopping center.

Since the May meeting, New Jersey Restaurants amended its proposal to include double-drive-through lanes rather than a single lane. Brian Cleary, an engineer with Pettit Group of Sewell and representing the applicant, told the board the restaurant company wants two drive-through lanes because of the COVID-19 pandemic and the resulting increase in drive-through patronage. Several area fast-food restaurants, including Chick-fil-A, use double lanes.

Proposed purple and blue murals on the building were deemed signage by the board because they contained partial bells from the Taco Bell trademark. The applicant told the board it would withdraw plans for the murals.

The Taco Bell is expected to open at 7 a.m. for breakfast and the drive-through lanes will close at 2 a.m., the applicant's representatives testified.

Neither Monday's meeting nor the May meeting included any public comment on the Taco Bell proposal.