You have permission to edit this article.
Edit
Home
Our Articles
Your Articles
Get Out
Dine
Shout-Out
Sponsors
Business Cards
Classifieds
Share This
1 of 9 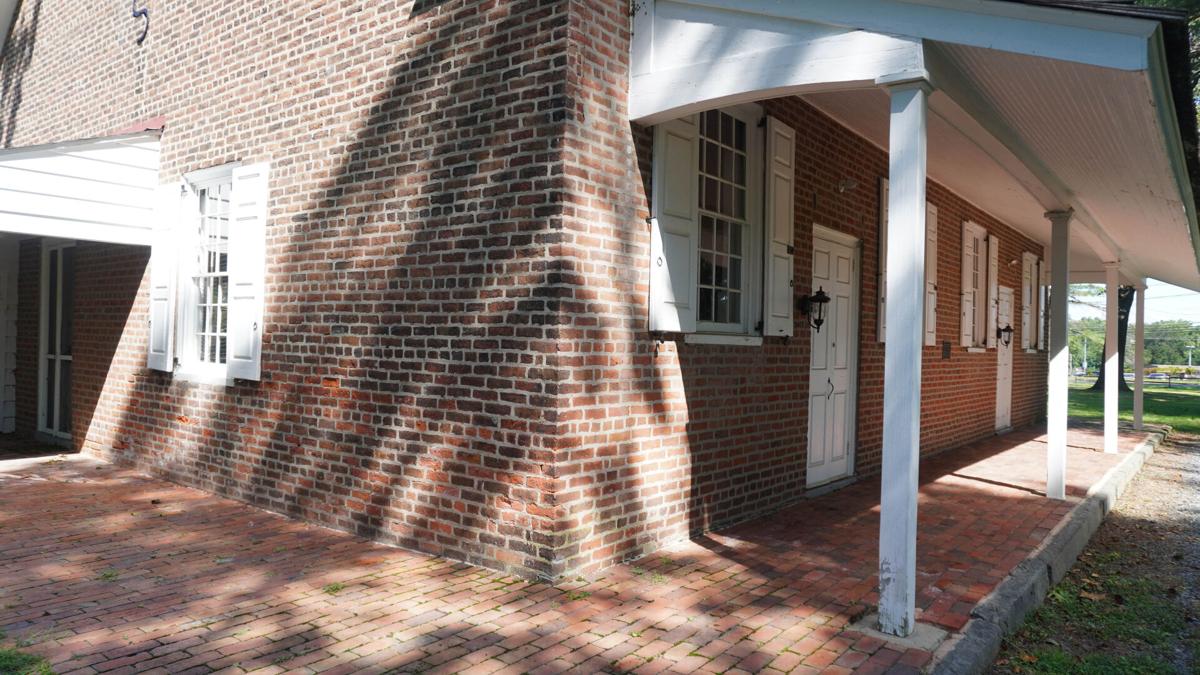 The Cropwell Friends Meeting House of the Religious Society of Friends, also known as the Quakers. The meeting house was built in 1809 at what is today Cropwell Road and Old Marlton Pike in Evesham. 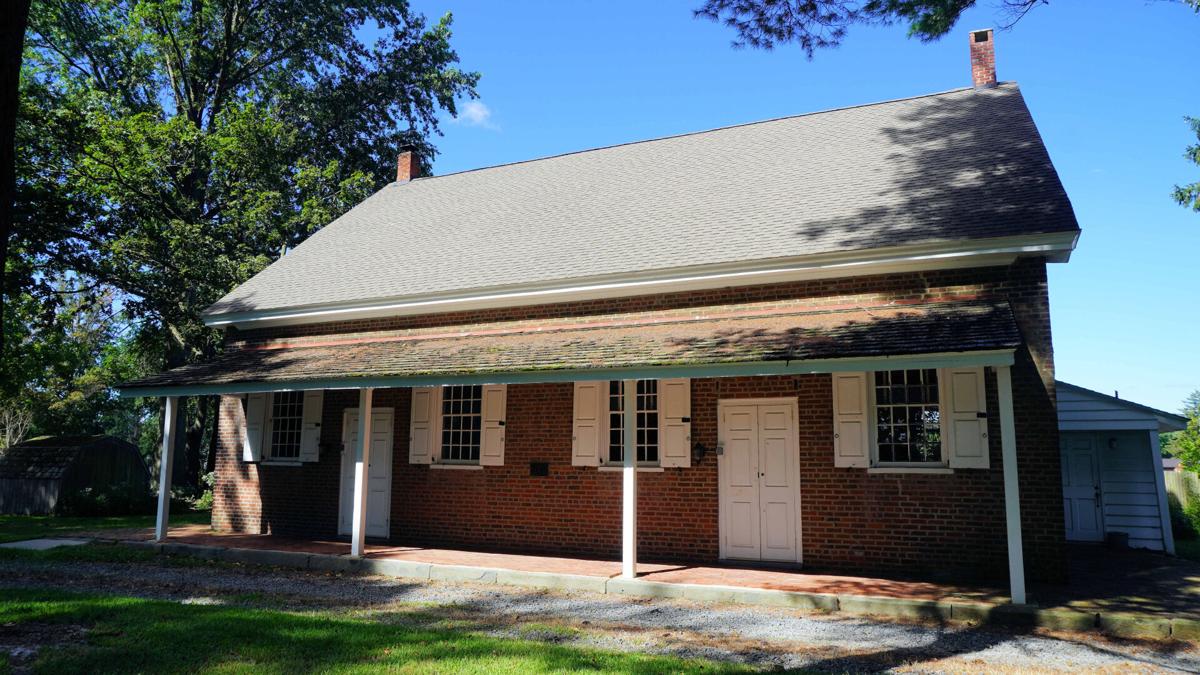 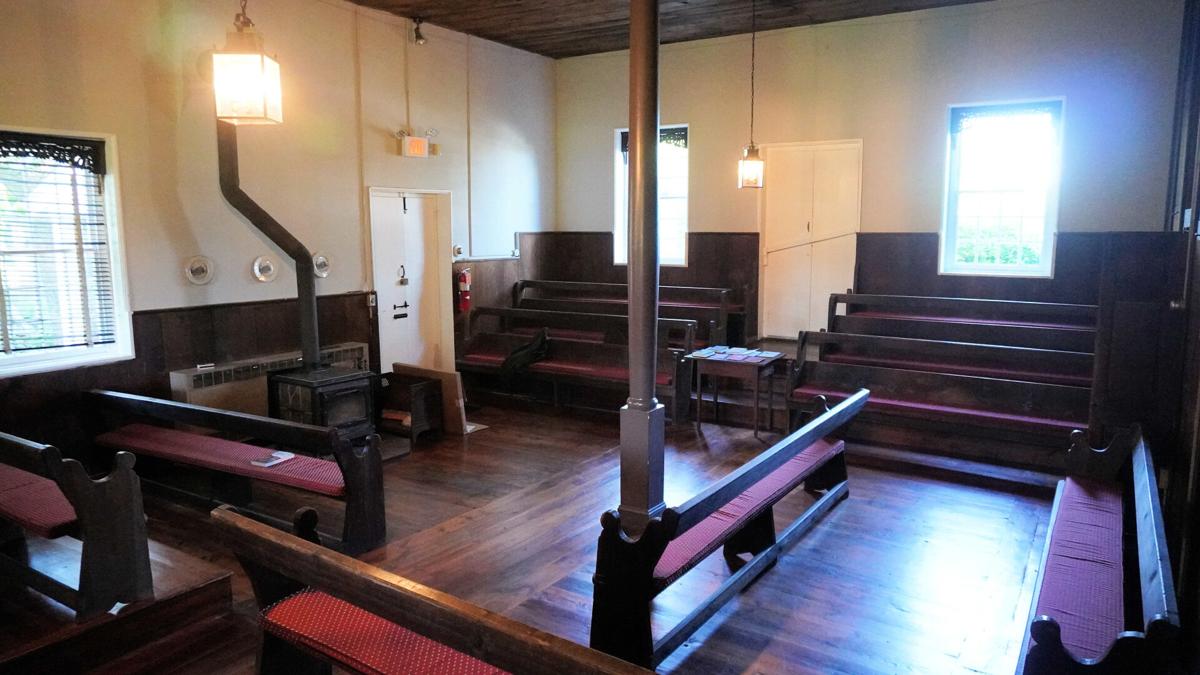 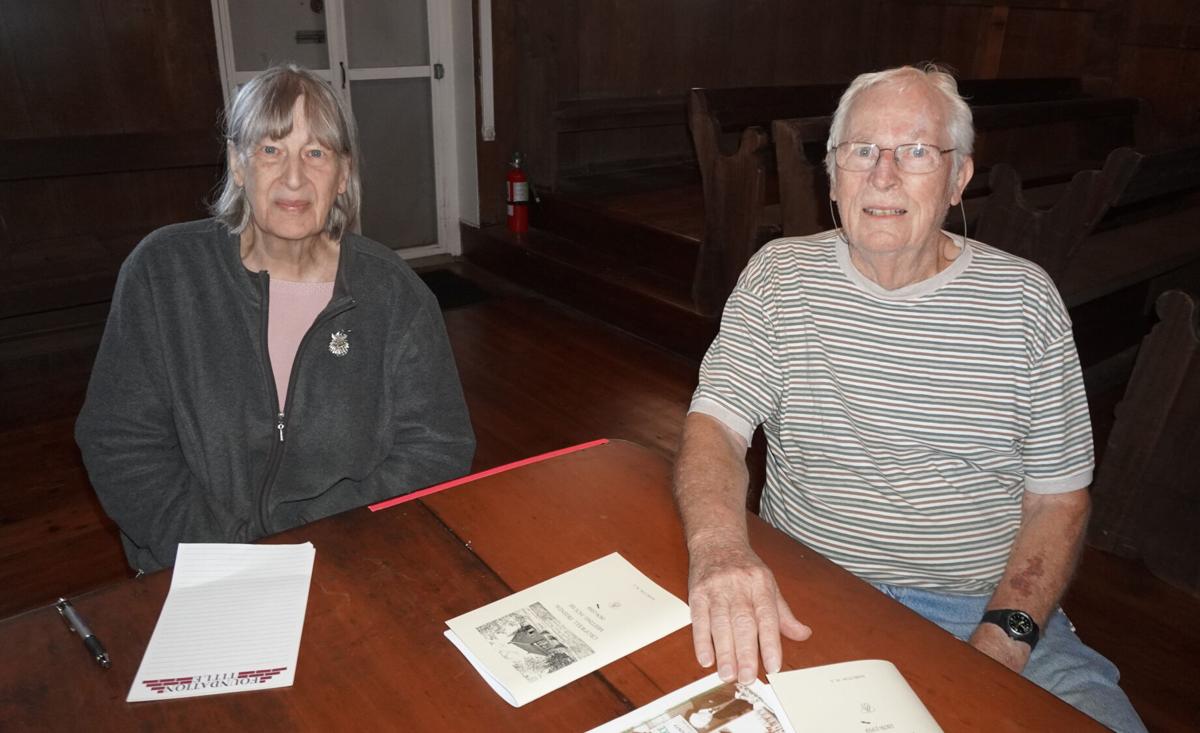 Earl Evens, right, is descended from the Lippincott family, which provided the land for the Cropwell Meeting House and a school. Linda Lotz is coordinator of the Haddonfield Quarterly Meeting and is helping with an open house at the Cropwell Meeting. 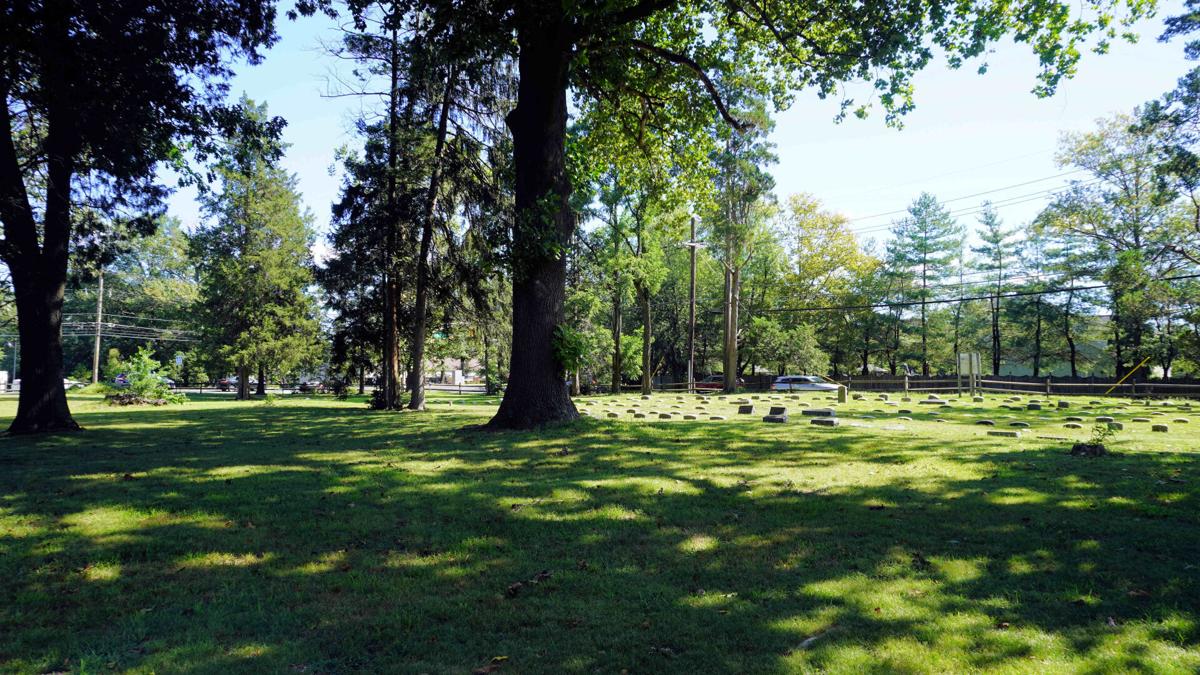 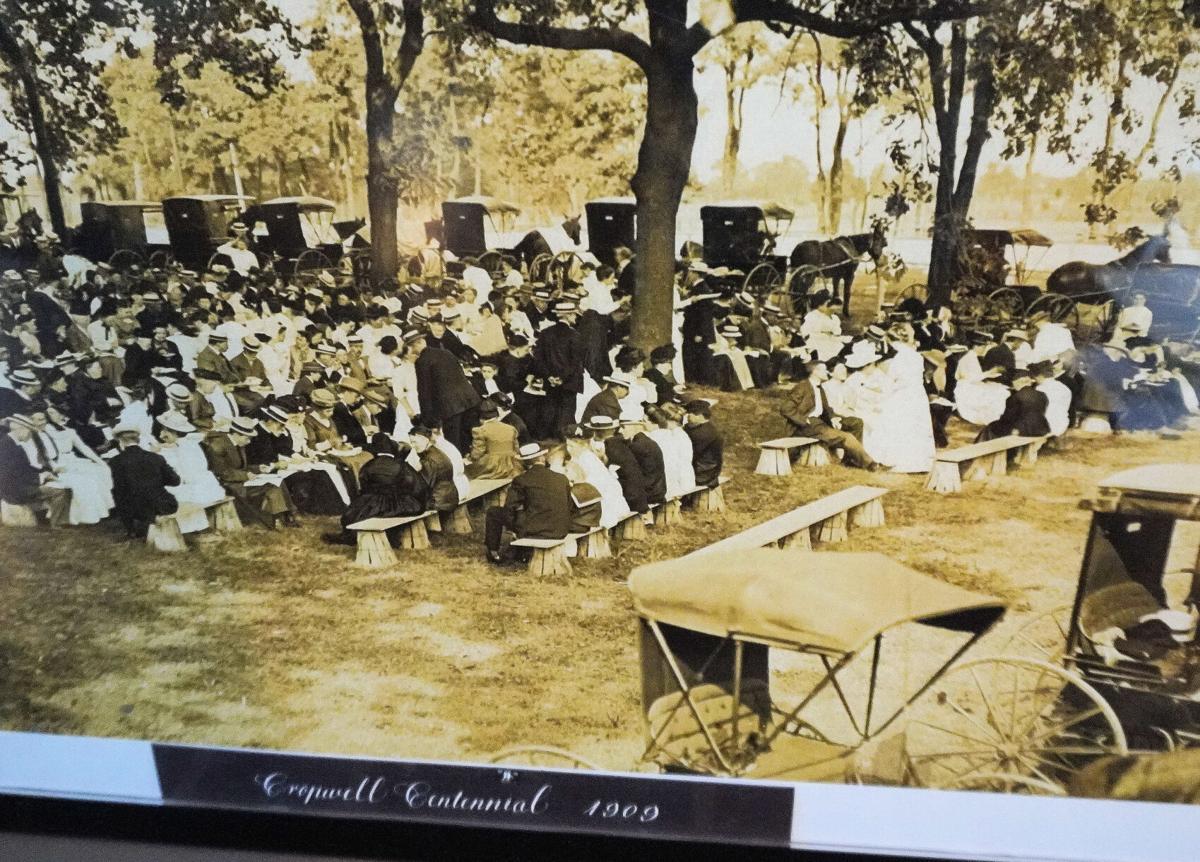 Among the other historical photos in the Cropwell Meeting is this one of the celebration of the Centennial of the Meeting House in 1909. 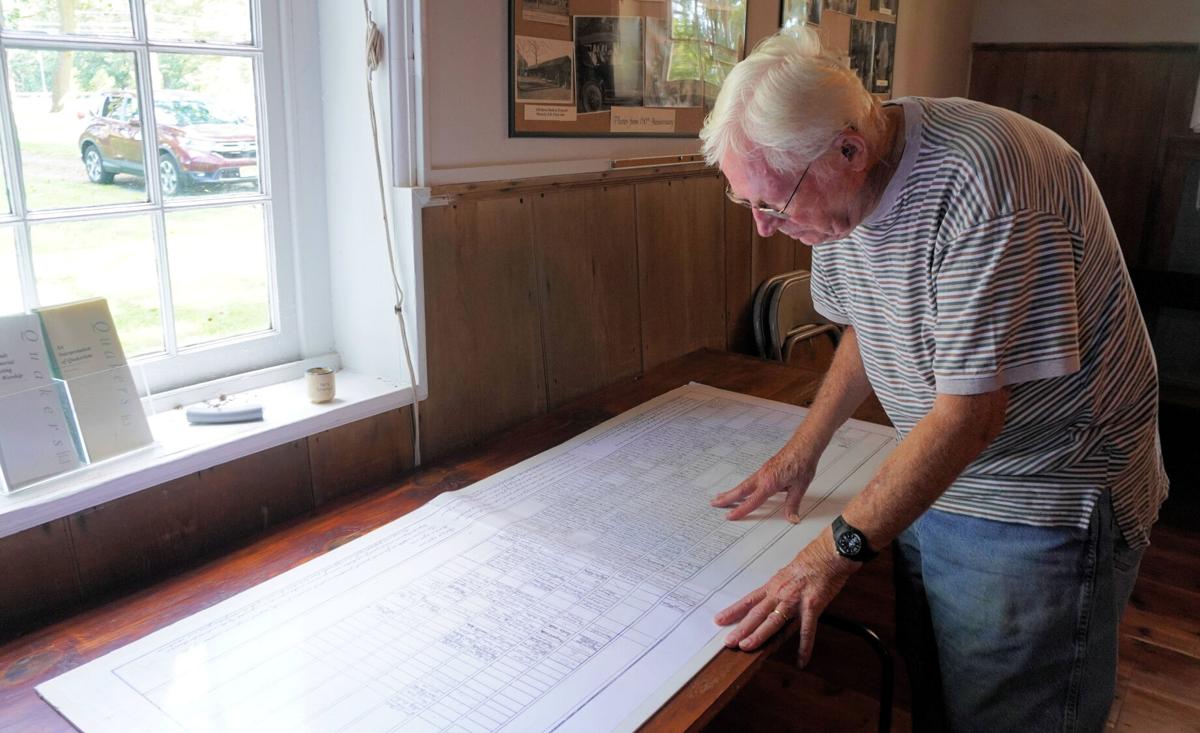 Earl Evens inspects the list of those buried on the property, which held a Friends School before the meeting house.  The oldest grave, according to an early history of the site, was Theodosia Lippincott, who was buried in 1796. 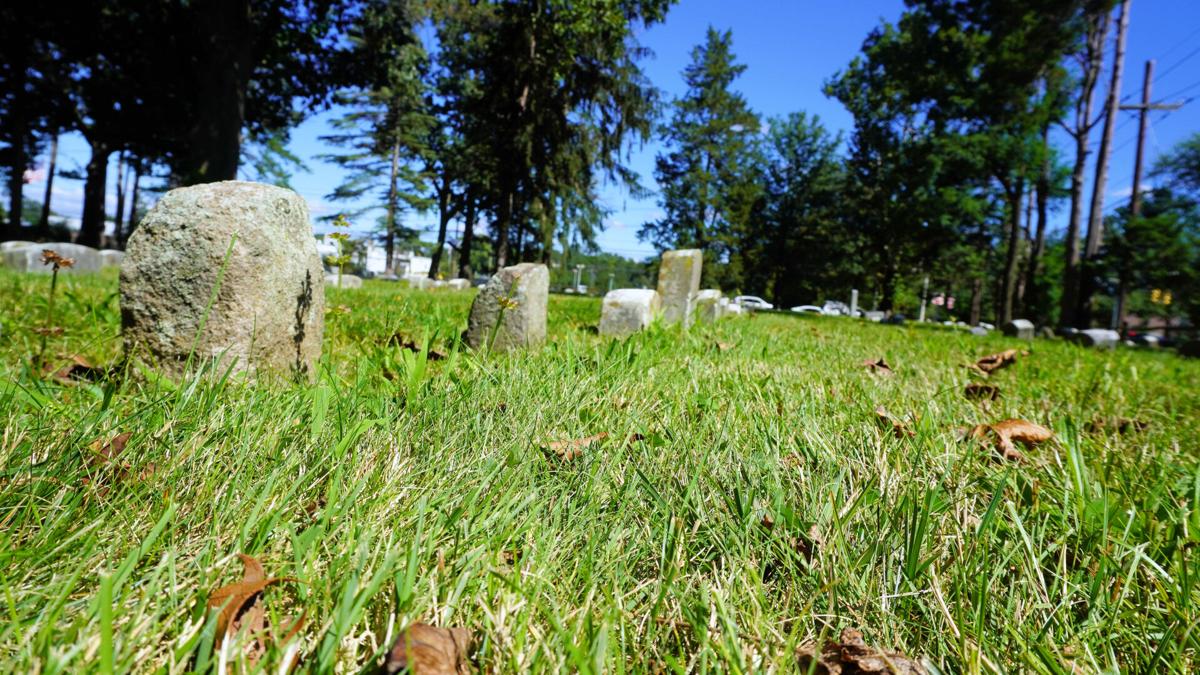 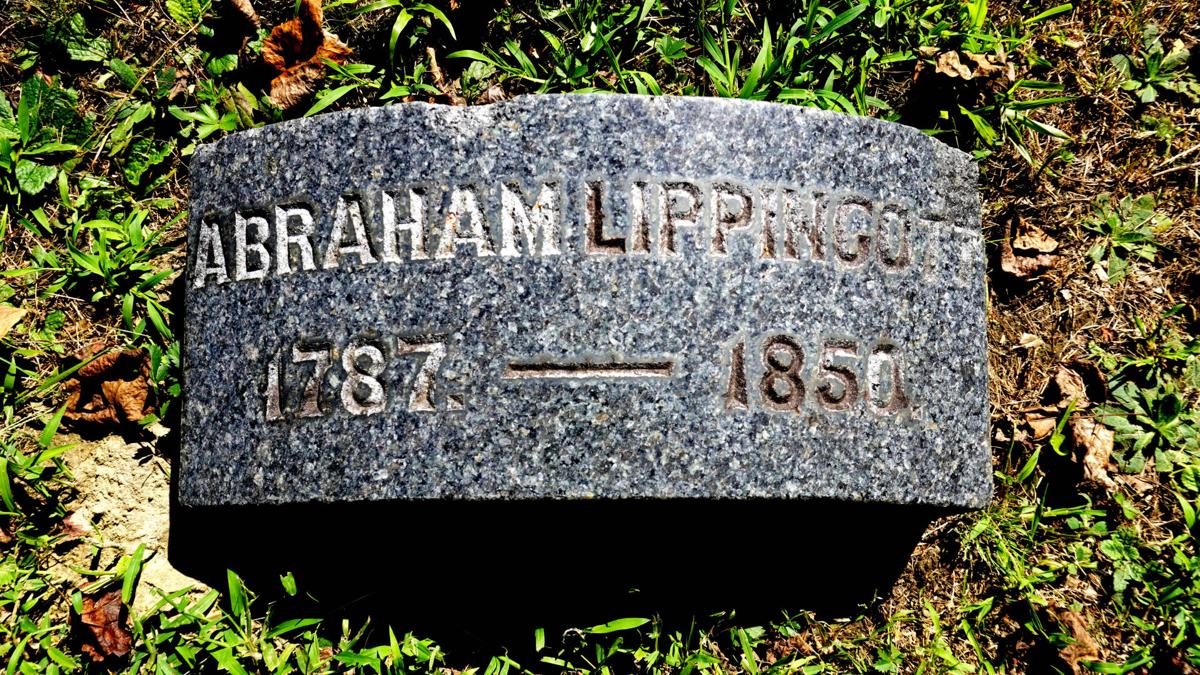 The Cropwell Friends Meeting House of the Religious Society of Friends, also known as the Quakers. The meeting house was built in 1809 at what is today Cropwell Road and Old Marlton Pike in Evesham.

Earl Evens, right, is descended from the Lippincott family, which provided the land for the Cropwell Meeting House and a school. Linda Lotz is coordinator of the Haddonfield Quarterly Meeting and is helping with an open house at the Cropwell Meeting.

Among the other historical photos in the Cropwell Meeting is this one of the celebration of the Centennial of the Meeting House in 1909.

Weary of long treks over the dirt road from Evesham to Haddonfield for religious services, Quakers in the Burlington County community decided in the late 1700s it was time to build their own place.

The Lippincott family, which farmed on 1,000 acres in Evesham deeded to the Lippincott's by the King of England, provided the land in 1785 for a Friends School and, later, a cemetery and Meeting House, built in 1809.

Earl Evens, 85, a descendent of the Lippincott family, recently sat in the 212-year-old Cropwell Friends Meeting House in the peaceful and simple main room with pews on three of four walls and reflected on his years as a Birthright Quaker and member of the Cropwell Meeting. A Birthright Quaker was born into the religion, as opposed to a "Convinced Quaker," who joins after worshipping with another religion.

Like many religions, the Society of Friends has seen a decline in membership over the years. A few dozen Quakers used to gather weekly at the Cropwell building. Now, with COVID-19 concerns adding to the trend, just two men show up every week, Evens told 70and73.com.

The Cropwell Meeting House Quaker service, which begins at 10 a.m. Sundays and continues for 45 minutes, is simple: Members sit in silence, without ministers or sermons, waiting for the "inner light" to come to them, which may be shared with others. Some may not speak at all. Others may read passages from the Bible, while others may offer their outlook on current events.

Quakers, who are Christians, believe "the essential experience of Friends is that of a direct, unmediated relationship with the Divine," according to "Faith & Practice," the book of Quaker faith.

While "Faith & Practice" notes as few as two members need to gather, the Cropwell Friends Meeting is trying to interest new members from the Evesham area. An open house will be held this Saturday from 10 a.m. to 2 p.m. at 810 South Cropwell Road, near the Old Marlton Pike intersection.

"Members of the public are welcome to explore the site's historic building and grounds, as well as learn more about a religion with deep historical ties to this area," said Linda Lotz, coordinator of the Haddonfield Meeting who is helping with the Cropwell open house. "Most activities will be held outdoors, following COVID safety precautions," she said. "Children's activities will be offered, and resource people will be available to talk about Quakers in the area — in local history and present day."

Lotz describes the Meeting House as a "hidden jewel" that is listed on the National Register of Historic Places, with its front yard dotted by small gravestones spanning from the first burial in 1796 to recent ones.

The Cropwell Meeting is the smallest in the area. Larger ones meet in Haddonfield, Moorestown and Medford, said Lotz, a "Convinced Quaker," or someone who converted to Quakerism. Lotz, a former Methodist and Catholic, lives in Evesham — aptly — on Quaker Street, less than a mile from the Cropwell Meeting House.

Quakers typically do not proselytize, rather showing how they live by example, she explained. "If they visit (the open house), we encourage them to come back," she said. "We're pretty laid back, to tell you the truth."

Evens, who is the Meeting's clerk, recalls his early years growing up on a farm near the Cropwell Meeting. The Bible was paramount in the Meeting House, Evens said. "In old days, a house would have very few books," said Evens, who now lives in Medford.

A history of the Cropwell Meeting noted the first mention of building the Meeting House found in records was in 1793.

"Joshua Lippincott on behalf of Friends of Cropwell informed the meeting that they have procured a Lot of Ground near Cropwell School House containing two acres for the purpose of a Burial Ground and probably whereon to erect a Meeting House in future," according to the history booklet, which has been digitized on the West Jersey History Project.

The cost of the building is murky — how much was donated and purchased — but Cropwell Meeting's historical documents noted that 48,350 bricks and cedar, oak and pine boards were used in the construction.

"There were perhaps two causes for the adoption of the name Cropwell, one on account of some strong family ties (to) the old English name and another, and perhaps the stronger, on account of the fertility of the soil which crops well hereabout," according to the Cropwell Friends Meeting House history.