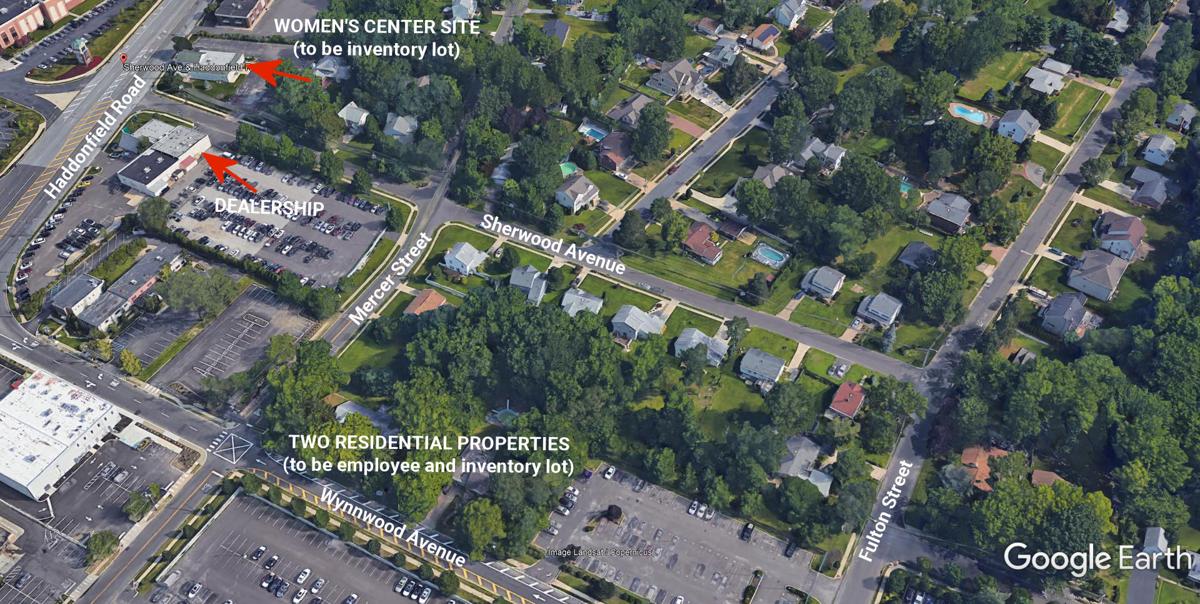 The Cherry Hill Zoning Board of Adjustment on Wednesday is expected to decide on a controversial plan to expand a Land Rover-Jaguar dealership into a new complex on Haddonfield Road.

A virtual meeting — with access over computers on Zoom and also by telephone — is scheduled to begin at 6:30 p.m.

M.B.J. Associates LLC, a unit of Cherry Hill Imports Auto Group, requested variances for its plan for the site across Haddonfield Road from the Market Place at Garden State Park. The dealership operated there for years before moving to temporary quarters on Route 70 across from the Old Orchard neighborhood.

Testimony ran long at the regular June 18 zoning meeting and the board scheduled Wednesday's special meeting to consider only the Land Rover application.

"We are going to fit right in with the prevailing conditions in this neighborhood," Damien Del Duca, the lawyer for the applicant, told the board at the June meeting.

However, several neighbors in the Locustwood neighborhood near the development have sent their protests in emails to township officials and are expected to testify at Wednesday's meeting.

"For all the problems they're causing in the neighborhood, is it worth it?" Dawn Higgins, president of the Erlton North Windsor Civic Association and facilitator for the Council of Cherry Hill Civic Associations, representing associations in 13 neighborhoods, said in a 70and73.com interview. She said that during meeting testimony she will read a statement opposing the development from the council of associations.

Under the application, the development would be spread over four lots. The main part of the development is the dealership, which is at Haddonfield Road and Sherwood Avenue. Other lots would be used for employee parking and vehicle inventory storage, according to the proposal. They are: