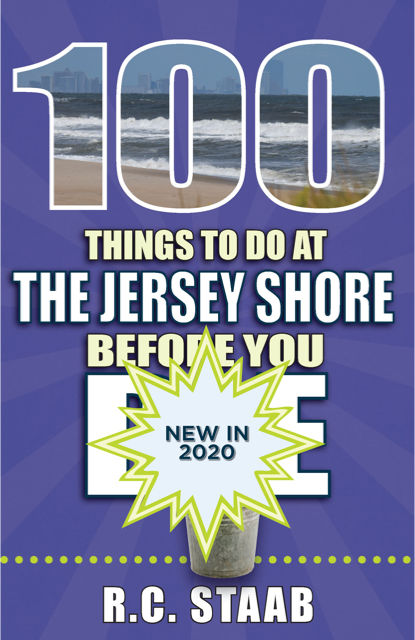 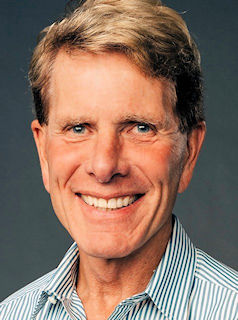 When Bobby Staab jumped into the station wagon with his parents and four siblings that summer day in 1965, the Pittsburgh family headed to the Jersey Shore.
After six hours on the road, 9-year-old Bobby and his family arrived at their Stone Harbor rental house for a one-week vacation.
"It was the first time I ever saw the ocean," Staab, who goes by R.C. Staab as author and playwright, told 70and73.com in a telephone interview. "That was a huge vacation for us."
That visit 55 years ago turned into a lifetime love affair with the Shore — including once owning a home in Brigantine and now in Sea Bright, which will also be a retirement place when Staab moves from New York City.
His immersion into the Jersey Shore has resulted in "100 Things to Do at the Jersey Shore Before You Die," a 192-page guide to many things you probably never knew about the 137 miles of 50 beaches, boardwalks and infinite comfort food.
» WIN A COPY: 70and73.com is giving away five autographed copies!
The author also has started a website with updated Shore events and information for the summer of 2020.
Staab said he wants his new book to expose even the most routinized Shore veterans to new experiences.
People have a tendency to get to where they’re going and stay put, enjoying the beach and nearby restaurants, he explained. Any time the discussion turns to exploring beyond local haunts, the fear of traffic and getting there through the congestion often kills the conversation.
But, with planning and the Garden State Parkway as your travel artery, Shore visitors can easily navigate to enjoy new experiences, Staab said.
To Staab, the GSP is so crucial that all of the addresses of venues in the book include the GSP exit, making directions easier and giving Shore visitors an estimate of miles to be traveled between Exit A and Exit B.
North-South prejudices need to be set aside, he said. "There's this sort of invisible barrier in people's heads between North and South," explained Staab.
Let's say you have a place in Stone Harbor, for example, he said. You know the Lakewood Blue Claws is the only minor league baseball team playing on the Shore. It might seem far, but it isn't (GSP Exit 89). And they play right off the GSP, Staab said.
COVID-19 precautions have limited or closed some Shore venues. But New Jersey has been lifting those restrictions, with rules such as social distancing.
Staab said in the first week of June he went to three boardwalks — Point Pleasant Beach, Asbury Park and Seaside Heights — and they were prepping for dining and many shops were open. On a Tuesday, he rode his bike from Seaside Heights to Asbury Park and it was surprising how many people were out.
"This might be one of the busiest summers ever, strangely enough, at the Jersey Shore," Staab said, noting that families have canceled their vacations and they'll be looking for things to do.
70and73.com challenged Staab to come up with two five-item Jersey Shore bucket lists — one for people under 40, presumably with families, and one for people older than 40.

» MORE: Go to R.C. Staab's updated website on Jersey Shore things to do