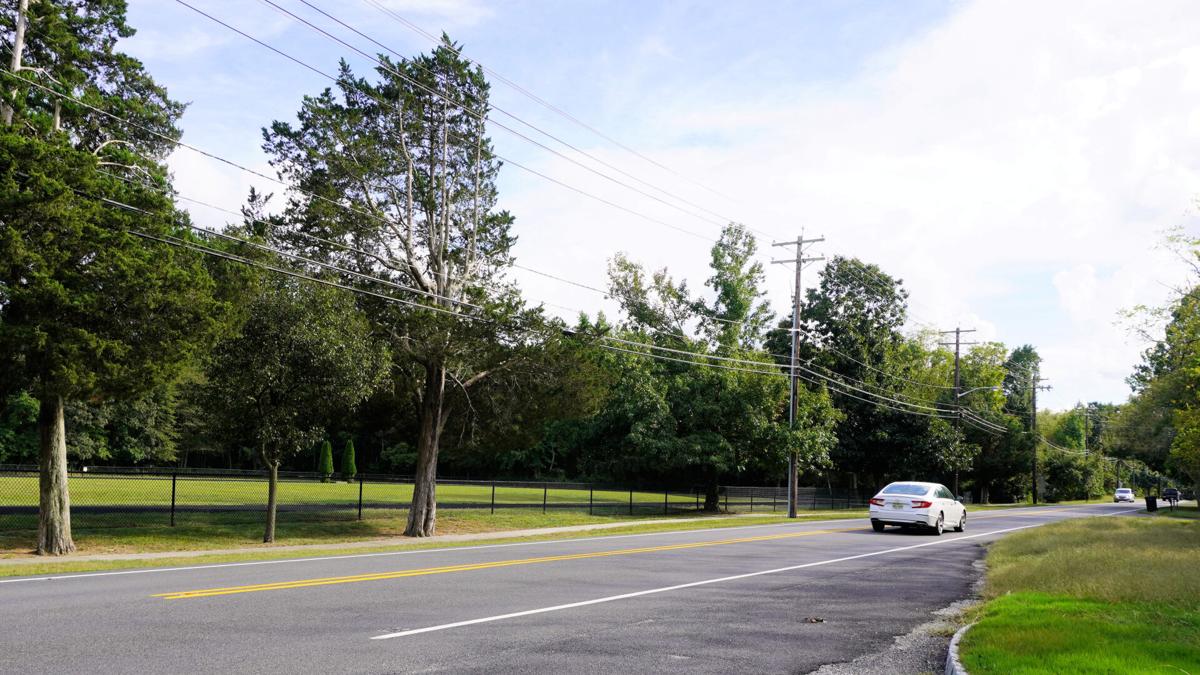 A view from Mill Street of the lot that will be developed. The end of the Medford Memorial Middle School track is on the left. The wooded area beyond the track is where the development would be built. 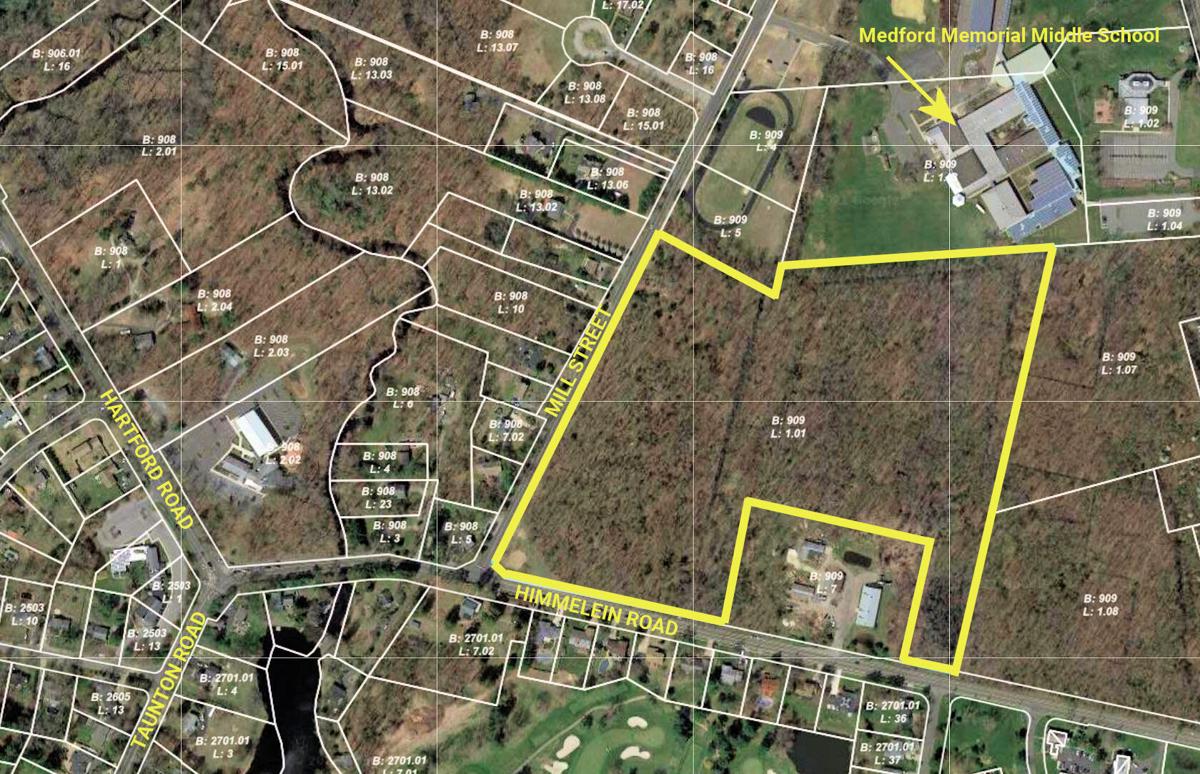 The view of the townhouses from Mill Street. Orleans representatives testified that a landscaped buffer will be planted between the street and the townhouses.

The 30 townhouses would be closest to Mill Street and each would have a two-car driveway. One driveway would go from Mill Street into the development.

Front view of the Orleans townhouses. 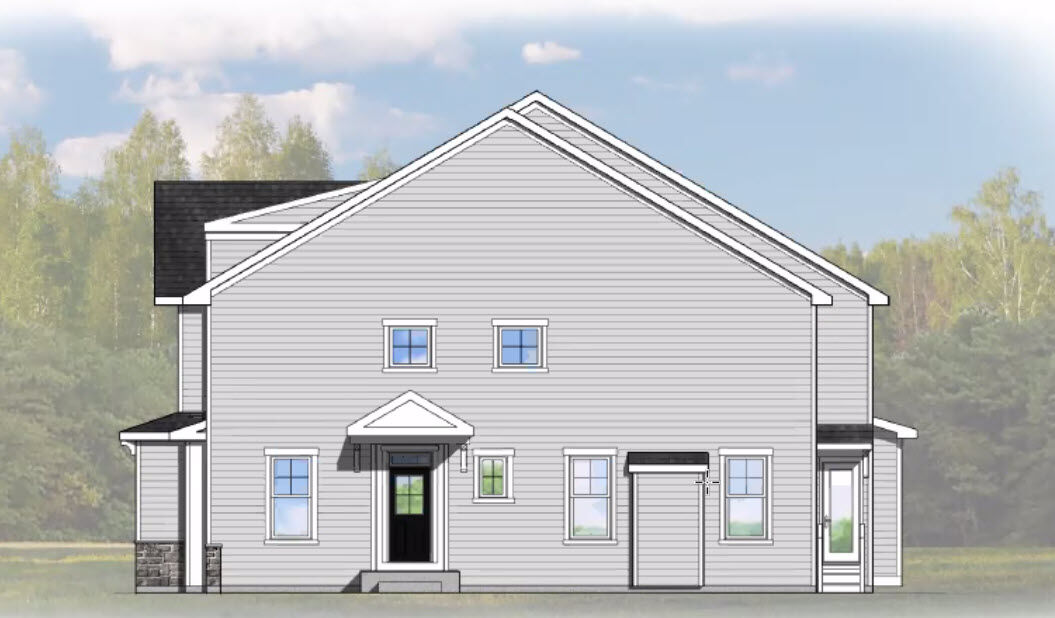 Side view of proposed Orleans townhouses. 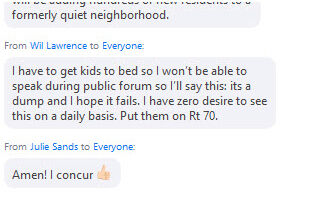 The Medford Planning Board on Wednesday night told the developer of 30 proposed townhouses on a heavily wooded Mill Street lot to come back to a future meeting with more detail.

The Orleans Conservatory Group Partners LP plans the townhouses to be near Mill Street with one driveway on the street into the development.

The board extensively questioned Orleans representatives about the design of the three-bedroom townhouses, focusing partly on what the rear of the townhouses would look like from Mill Street. The board asked what units on the other side of the street in the development would look like, but Orleans had no renderings.

Board members said they would not vote until they could see more detail. Some members told the Orleans representatives exactly what views and elevations of the projects they wanted to see before making a decision. The application was continued to the October 27 meeting.

Members of the public testified they did not support the development. Some board members and residents expressed concern about the number of trees that would be cut down for the project. One resident asked why a Medford homeowner needs permission to cut down one tree but developers can "clear-cut acres."

One person who attended the meeting on Zoom wrote in chat: "I have to get kids to bed so I won't be able to speak during public forum so I'll say this: it's a dump and I hope it fails. I have zero desire to see this on a daily basis. Put them on Rt. 70."

John Wolgamot, who lives across Mill Street from the development site, told the board he is worried about traffic and what the backs of the townhouses would look like from his home. Wolgamot's neighbor, Paul Stang, called for restrictions on the number of trees that could be cut down and said he was worried about the impact of increased traffic on the nearby Mill-Himmelein intersection.

"It's quite obvious that the people don't want this," said Marvin Smith of Himmelein Road, who said he moved to Medford more than 20 years ago from Philadelphia because he wanted trees and the environment in Medford.

Sean Kilpatrick of Trimble Street said the townhouses do not fit the character of Medford. "We're just shoehorning 30 homes onto a tiny plot of land," Kilpatrick said, adding the developer was clear-cutting trees for "ugly" townhouses.

"It takes me at least three to four minutes to turn (left) off Mill onto Himmelein every day," said Bethany Pelloni, who lives on Himmelein Road. The additional cars from the townhouse development would add to the traffic, said Pelloni, who noted she and her husband spent six years shopping for a home in South Jersey before settling on Medford.

Justin Harty of Christopher Mill Road, said he runs on Mill Street every day from his home. "That intersection already is crazy as it is," Harty said.

"I don't think townhomes are consistent with the town," he said.

Michael Keczely of Enclave Court, said he left Philadelphia after 35 years to move his family to Medford.

"You want to destroy a neighborhood that's quiet and peaceful. It's a small town," said Keczely, who lives on the corner of his street across Mill Street from the middle school.

Jonathan Reuther, of Bretshire Court, said the application and plans should have been available to residents before the meeting. While Medford and other towns have routinely posted site plans and applications on their websites, no plans or information about the Orleans development were posted. Plans also can be inspected in person at Township offices.

A one-year resident, Shawn Weiss of Himmelein Road, said his family moved to Medford a year ago from Connecticut. "Medford's amazing," he said. The developer's proposal "threw a wrench into everything," said Weiss, who added that he bought the home for the "long haul."