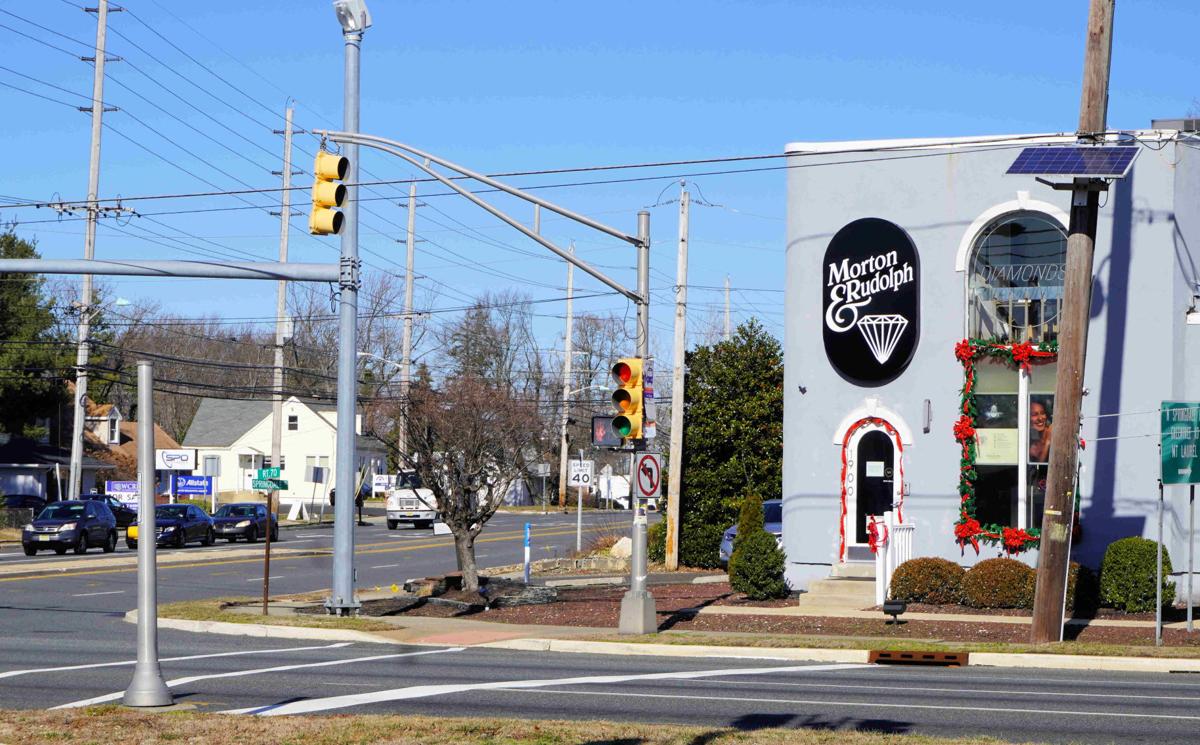 Morton & Rudolph Jewelers, which has operated its store at Route 70 and Springdale Road in Cherry Hill for decades, would be torn down along with nearby buildings to make way for the CVS. 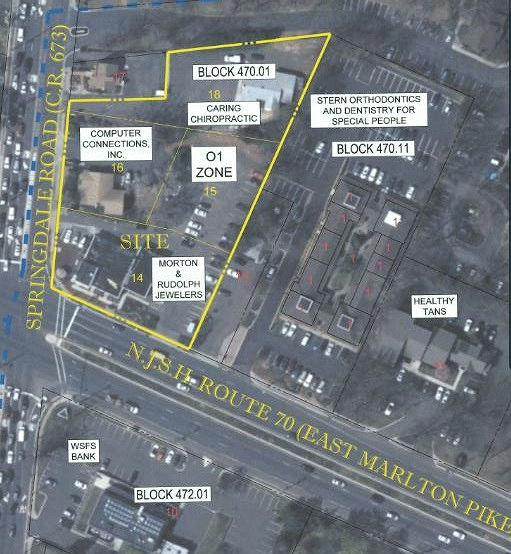 The plan for a CVS at Springdale Road and Route 70 in Cherry Hill would eliminate current sites of Morton & Rudolph Jewelers, Computer Connections Inc. and Caring Chiropractic, according to the Planning Board application from the developer.

A well-traveled stretch of Route 70 West in Cherry Hill may soon take on a new look, now that the Cherry Hill Zoning Board has approved at least part of the application for the construction of a 13,000-square-foot CVS Pharmacy at the corner of Route 70 and Springdale Road.

But will the big-box drugstore — part of a Rhode Island-based chain with about 20 stores in South Jersey — cause more traffic woes at this often jam-packed intersection?

Not so, says Nathan Mosley of Shropshire Associates, who presented a detailed traffic impact assessment on behalf of the developer (S&P Cherry Hill, LLC) that concluded the following: “Traffic resulting from the proposed CVS Pharmacy development will cause no changes to the future levels of service at the Route 70/Springdale Road signalized intersection.”

A use variance was required because the property is zoned for office space, not retail, although there is a retail business, Morton & Rudolph Jewelers, now in operation at the corner.

“They still have to get site plan approval before construction can get started,” Gill said.

The plan is for the jewelry store and several other small, 1970s-era office buildings to be demolished in order to make room for the large retail drugstore, which will be the fifth CVS in the township. Once developed, the CVS property will also include a prescription service drive-thru, a loading lane for deliveries and a total of 53 parking spaces.

During the Sept. 19, 2019 zoning board meeting, a property owner who has a law office adjacent to the CVS parcel expressed concerns about the potential impact on traffic at the already busy intersection.

The developer’s representatives, including Mosley, testified during the hearing that based on their traffic studies, the impact would be minimal, and that eliminating a Route 70 curb cut (going from two driveways down to one) would also mitigate safety issues. On the Springdale Road side, three existing access points now would be consolidated to one, which engineer Ahmad Tamous, testifying on behalf of the developer, said would improve safety at the site. Tamous also said that by consolidating several businesses into one, the CVS development plan would result in an overall increase in open space and landscaping on the property.

Architectural drawings presented by Tamous indicated that the Springdale CVS plan would be a departure from the company’s standard design, and would instead be a colonial design, more in keeping with the township’s wishes and with the design and look of surrounding buildings. The planned facade would be brick and vinyl rather than the standard brick-only design of many existing CVS drug stores.

Voting in favor of the proposed development, Zoning Board Chairman Jonathan Rardin said he was satisfied that the traffic impact would be minimal, and noted that people tend to visit a CVS on their way to some place else, rather than as a final destination. According to minutes from hearing, Rardin added he believes the aesthetic of “this gateway to Cherry Hill” would be improved over what is there now, and that the reduction of curb cuts would be beneficial. The chairman also noted that the project would be an enhancement to the area and provide a needed service to that particular part of the community.

An employee of Morton & Rudolph Jewelers, who identified herself as Carrie, said that plans for a new location for the jewelry store are currently being finalized and will be announced soon by storeowner Jack DeAngelis.